Researchers investigating the way in which HER2-positive breast cancer becomes resistant to treatment have made a surprising discovery concerning how this resistance develops. However, they may have also discovered a way to prevent this resistance from manifesting entirely. 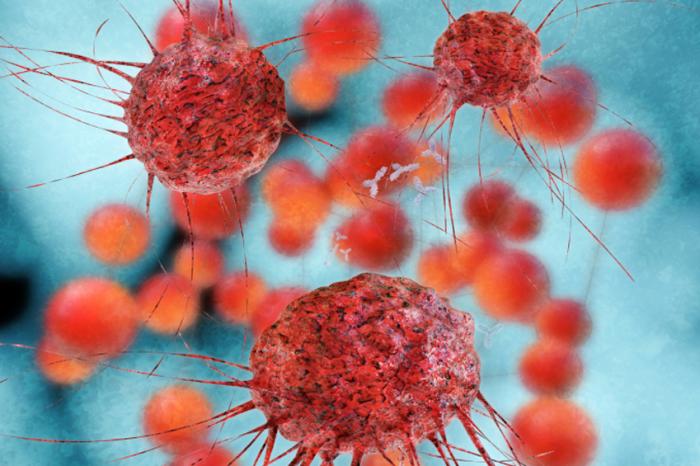 The study, published in Cell Reports reveals a new combination therapy involving the commonly-used drug lapatinib and a novel experimental drug called a BET bromodomain inhibitor whose role is to disrupt the expression of certain genes.

BET bromodomain inhibitors were demonstrated to prevent the development of resistance to lapatinib in cell lines of human HER2-positive breast cancer.

“The combination treatments are currently being tested in different mouse models of breast cancer,” explains senior author Gary Johnson, PhD. “Our goal is to create a new kind of therapy that could help oncologists make the response to treatment more durable and lasting for breast cancer patients.”

Around 15-20% of breast cancer diagnoses belong to the HER2-positive subtype. Standard therapy only works well in one-third of patients with this form of cancer, and even then resistance eventually develops in most of these patients.

This is a typical problem faced by treatments that target kinases – specific proteins that are essential for cellular activities such as movement and division, and also drive the growth of tumors. In this form of cancer, HER2 is the primary kinase responsible for tumor growth.

Lapatinib works by blocking HER2, but when it does, cancer cells use other kinases to find a way around the blockage. First author of the paper Tim Stuhlmiller, Ph.D, set out to determine kinase activity across a group of cells and assess what happened when HER2-positive cancer cells were treated with lapatinib.

Each cell line developed a resistance to the drug, but the manner in which it happened was surprising. Stuhlmiller explains:

“It was amazing. We found this massive up-regulation of many different kinases that could either reactivate the main HER2 signaling pathway or bypass it entirely. In fact, we discovered that nearly 20% of the cell’s entire gene expression profile was dysregulated when we treated the cells with lapatinib.”

The kinases that responded were not the same kinases from cell line to cell line, suggesting there is a variety of ways HER2-positive cancer cells can react and overcome blockage of HER2. The involvement of such a large number of different kinases is problematic for the researchers trying to develop effective forms of treatment.

‘We blocked it before it could happen’

“Because of toxicity concerns, you couldn’t inhibit all these kinases that potentially help cancer cells compensate in the face of an HER2 inhibitor,” Stuhlmiller explains. “The more drugs you try to use, the more toxic that would be for patients and the lower the dose people would be able to tolerate.”

However, this was not the end of the story. The researchers found that they could use an entirely different drug to prevent the kinase response to lapatinib before it had even begun. BET bromodomain inhibitors belong to a new class of drug that target proteins involved in gene transcription – a process that leads to the creation of enzymes such as kinases.

The researchers tested a number of BET bromodomain inhibitors, with one already being utilized in clinical trials for drugs to treat blood cancer and leukemia. During these tests, they discovered that the drug disrupted the gene transcription of many of the kinases involved with resistance.

When a BET bromodomain inhibitor was combined with lapatinib, not only was the HER2 kinase blocked but the massive kinase response that had previously been observed did not occur, leading to the deaths of the cancer cells.

“We blocked it before it could happen,” explains Stuhlmiller. “In all five cell lines we tested, there were no cancer cells left because the combination therapy blocked their growth. Essentially, we made the activity of lapatinib durable.”

The researchers are now attempting to replicate these findings in animal models of HER2-positive breast cancer. In addition, the team are studying the effects of BET bromodomain inhibitors on other forms of breast cancer including triple-negative breast cancer, which is notoriously difficult to treat.

Recently, Medical News Today reported on a study in which a team of researchers identifies a gene responsible for driving triple-negative breast cancer.