Many people suffer from prostate disease with symptoms of dysuria and reduce water, so in order to avoid excessive urination and less water, in fact, this is a misunderstanding. Drink plenty of water can promote more urination, so that by the urine flush the urethra, which will help prostatitis secretion discharge, which can reduce the symptoms of prostatitis. Men drink more water to the urine to fully flush the urethra, conducive to the discharge of prostatic secretions, can ensure the safety of the prostate, but also to alleviate the symptoms of prostatitis

A new study suggests that men with localized prostate cancer living in more highly populated areas are more likely to be treated with surgery or radiation compared to men residing in less populated areas. The study was published in the journal Prostate Cancer and Prostatic Diseases. 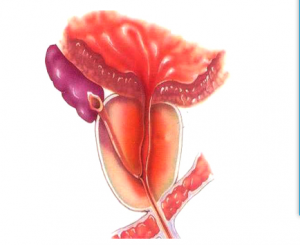 According to Dr. David Samadi at the David Samadi Prostate Cancer Center in New York, “This study highlights the importance of newly diagnosed prostate cancer patients seeking treatment in regions where it is best available, which happens to be locations such as New York City that are more densely population such as within large cities. In less populated regions, there is less access to the most advanced medical care and especially to doctors who specialize in certain diseases such as prostate cancer. In order to get the best care for a disease like prostate cancer, it is highly recommended that patients find a specialist at a top hospital where they will have access to the most appropriate and necessary treatment.”

The study involved a total of 138,226 men with clinically localized prostate cancer and the researchers analyzed data from the Surveillance, Epidemiology and End Result (SEER) database between the years 2005 and 2008. The researchers investigated and assessed the variation among the types of treatment for prostate cancer including surgery and radiation. Among the study participants, they looked at the effect of population density of the county of residence on treatment for clinically localized prostate cancer and quantified the variation in treatment attributable to the county and state level.

The results of the study compared men living in metropolitan areas to men living in rural areas. They showed that men with localized prostate cancer in metropolitan counties had a 23 percent higher chance of being treated with surgery or radiation compared with men in rural counties. These findings controlled for the number of urologists there were in each county as well as clinical and sociodemographic characteristics. Three percent of the total variation in treatment was attributable to SEER site, while 6 percent of variation in treatment was attributable to county of residence, adjusting for clinical and sociodemographic characteristics.

The researchers concluded that there is variation in treatment for localized prostate cancer among men living in various population-dense counties within the United States. These findings bring forward the importance of looking further into comparative effectiveness research in order to develop a deeper understanding of the variation in treatment for prostate cancer among men in populations with different densities, and thus hopefully a reduction in unjustified variation.