World Health Organization (WHO) declared an end to the spread of the Ebola virus in the Republic of Guinea. Since the last one confirmed Ebola patients have tested negative for the second time in the past 42 days. Guinea now enters a 90-day monitoring period strengthened to ensure that any new cases spread to others before it was quickly discovered. 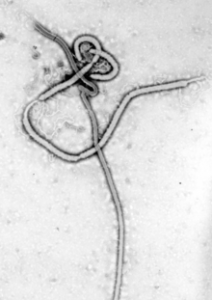 Since October 2014 the Ebola epidemic in West Africa has been diminishing and efforts have shifted from emergency response to prevention and mitigation of future outbreaks. Researchers from the Liberian Ministry of Health and the Yale Center for Infectious Disease Modelling and Analysis evaluated 3532 Ebola cases reported in 2014 in order to quantify the impact of poverty on the transmission and spread of Ebola. They found that areas stricken by extreme poverty were more likely to be associated with high rates of Ebola transmission and spread.

In Monrovia, the capital of Liberia, 68% of the population lives in slum neighborhoods characterized by overcrowding and lack of proper sanitation. The researchers used two separate data sources to examine individuals reported as suspected, probable or confirmed Ebola cases. Communities were classified at three levels of socioeconomic status (high, medium and low) based on types of residence, sanitation availability and population density. A time-dependent stochastic model was used to evaluate transmission of the disease within and across the three different socioeconomic sub-populations.

No statistically significant differences in Ebola-related mortality rate were found across the three different socioeconomic levels, and while care in lower and middle levels were less likely to report seeking care the difference relative to high socioeconomic levels was not significant. However it was found that cases of Ebola in areas of low and middle socioeconomic status were associated with a higher number of personal contacts, increasing the likelihood of Ebola transmission. Ebola was also more likely transmitted from areas of lower socioeconomic status to higher ones, indicating that the disease is more likely to spread outwards from areas of poverty.

These findings suggest that areas of poverty can catalyze Ebola transmission both within and out from the community due to high contact with infected individuals and subsequently higher transmission rates. This provides a focus for Ebola prevention efforts in future. While areas of poverty often lack healthcare infrastructure, the researchers highlight that they often have strong social networks that could be effectively used to engage community members in responding to outbreaks and combat emerging disease. While poverty has been associated with higher transmission rates during the 2014 Ebola outbreak it should not be seen as an insurmountable barrier to preventing the containment of future outbreaks.