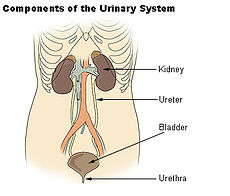 New research could lead to new treatments to prevent blockages and urinary tract infections experienced by many long-term catheter users.

Up to 50 per cent of long-term catheter users experience encrustations and subsequent blockage, which result in severe trauma and pain for the individual and place high burdens on healthcare services and finances.

Using an imaging technique called episcopic differential interference contrast (EDIC) microscopy, researchers from the University of Southampton identified four clear stages to the development of a crystalline biofilm, which leads to encrustations.

The research also provided new insights into the role of the Proteus mirabilis (P. mirabilis) bacterium that causes the biofilm to form.

Dr Sandra Wilks, Senior Research Fellow in the University’s Centre for Biological Science and lead author of the study, said: “This has greatly enhanced our understanding of the components and stages involved in the formation of crystalline biofilms and encrustations. It provides important information, which will aid in the development of anti-biofilm materials and treatments to manage and ultimately prevent blockage, improving the quality of life of many long-term catheter users.”

The Southampton team used EDIC microscopy to study the development of the crystalline biofilm over a 24-day period on two common catheter materials – silicone and hydrogel latex.

They found four distinct stages: (1) an initial foundation layer formed by individual ‘colonising’ P. mirabilis cells, which occurred in less than one hour; (2) this was rapidly followed by a sheet-like microcrystalline material that covers this conditioning film from which; (3) after 24-hour exposure, large amounts of crystalline material extends out and; (4) within four days the entire surface (of both catheter materials) was covered with a crystalline biofilm, in which P. mirabilis was embedded throughout this structure.

The results showed that the biofilm occurred equally on silicone and hydrogel latex and that the two materials had no effect on the time progression of development.

Dr Wilks said: “In order to find ways to control and prevent catheter blockages, it is essential that we have a full understanding of biofilm formation. The observations made in this work advance our understanding when placed in the context of previous studies. When considering the various stages, it is clear that if primary attachment and development of a conditioning film can be prevented the subsequent formation of encrustations could have reduced impact.”

The study is being presented at the official launch of the University’s Network on Antimicrobial Resistance and Infection Prevention (NAMRIP) today (14 December). Professor Dame Sally Davies, the Chief Medical Officer for England, will be the keynote speaker at the event, which will highlight the University’s world-class interdisciplinary research to address the global challenge of Antimicrobial resistance.

The new findings, published in the journal PLoS ONE, challenge traditional theories and previous findings and add further important information.

“Previous studies also suggest that the biofilm layer primarily forms around the eye hole area of the catheter, whereas our work shows they form anywhere on the catheter surface. We also demonstrated that the colonising P. mirabilis cells attached themselves to the catheter surface prior to the formation of the conditioning film, which hadn’t previously been observed.”