Opioids are among the most commonly prescribed painkillers in the United States, and they are also the deadliest; each day, 78 Americans die from an opioid overdose. Now, scientists have developed a safer form of the drug, which they say could reduce the number of overdoses and combat addiction. 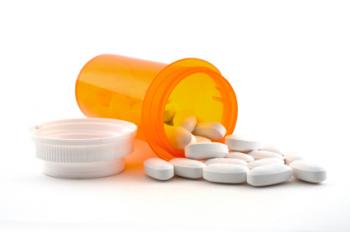 Researchers say a safer opioid could be in the cards.

In a study published in the journal Nature, researchers reveal how they deciphered the atomic structure of the “morphine receptor” in the brain to create a drug compound that blocks pain just as well as morphine, but without the harmful side effects that can lead to patient death.

What is more, the team says – unlike current opioids – the compound does not activate the brain’s reward region, so it has the potential to reduce addiction.

Opioids are used for the treatment of moderate to severe pain. They work by attaching to proteins called opioid receptors, which reduces the perception of pain.

According to the Centers for Disease Control and Prevention (CDC), between 1999-2014, sales of prescription opioids in the U.S. almost quadrupled. However, during the same period, there was no increase in the amount of pain reported by Americans.

Alongside the soar in opioid prescription sales came a similar increase in prescription opioid deaths; between 2000-2014, the drugs were responsible for almost half a million deaths in the U.S.

This has caused much concern among healthcare professionals, and earlier this year, the CDC issued new prescription guidelines to help tackle what has been referred to as the “opioid epidemic.”

But could this new study offer a way to tackle this epidemic at its root?

Creating a new opioid from scratch

Despite the harms associated with opioids, there is no doubt the drugs offer significant benefits for many patients with moderate to severe pain.

“Morphine transformed medicine,” notes co-senior author Brian Shoichet, Ph.D., a professor of pharmaceutical chemistry in the School of Pharmacy at the University of California-San Francisco (UCSF).

“There are so many medical procedures we can do now because we know we can control the pain afterwards. But it’s obviously dangerous too. People have been searching for a safer replacement for standard opioids for decades,” he adds.

According to Shoichet, scientists have previously tried to alter the structure of morphine itself in an attempt to abolish its harmful side effects, while maintaining its pain-relieving effects.

Rather than trying to change the structure of morphine, the researchers of the new study looked at how they could develop a new opioid from scratch by using information about the structure of the brain’s morphine receptor – the mu-opioid receptor.

Co-senior author Dr. Brian Koblika, of Stanford University School of Medicine, deciphered the atomic structure of this receptor back in 2012.

“With traditional forms of drug discovery, you’re locked into a little chemical box,” says Shoichet. “But when you start with the structure of the receptor you want to target, you can throw all those constraints away. You’re empowered to imagine all sorts of things that you couldn’t even think about before.”

For their study, the researchers combined the structural information of the mu-opioid receptor with a computational technique called “molecular docking.”

This allowed the team to conduct around 4 trillion “virtual experiments,” simulating how more than 3 million molecules might fit to the structure of the mu-opioid receptor and activate it.

Specifically, the researchers searched for molecules that bind to the receptor and activate G-protein signaling to reduce pain perception, but that do not activate beta-arrestin2 – a protein that is responsible for respiratory problems and constipation associated with opioid use.

The researchers pinpointed 23 molecules that showed promise, and by increasing the chemical efficacy of these molecules 1000-fold, they found the most effective candidate was once they call PZM21.

Next, the researchers tested PZM21 in lab experiments and mouse models. They found the molecule was able to target the mu-opioid receptor to reduce pain signaling just as effectively as morphine, but it did not trigger breathing problems and constipation.

They also found the molecule primarily targeted opioid circuits in the brain to relieve pain, with little impact on the opioid receptors in the spinal cord. According to the team, no other opioid has such specificity.

Furthermore, mouse experiments revealed PZM21 did not stimulate the dopamine pathways in the brain, which are reward systems known to fuel addiction.

In behavioral experiments, the team found that mice did not increase their time spent in chambers where they had received PZM21 previously; this would not have been the case if the mice were addicted to the drug.

“We haven’t shown this is truly non-addictive,” notes Shoichet. “At this point we’ve just shown that mice don’t appear motivated to seek out the drug.”

While further research is needed to establish the safety and efficacy of PZM21 in humans, as well as whether it could curb addiction, the researchers believe they are well on the way to developing a drug that could fight the opioid epidemic.

“Unlike morphine, PZM21 is more efficacious for the affective component of analgesia versus the reflexive component and is devoid of both respiratory depression and morphine-like reinforcing activity in mice at equianalgesic doses.

PZM21 thus serves as both a probe to disentangle [opioid receptor] signaling and a therapeutic lead that is devoid of many of the side effects of current opioids.”

Read about a study that suggests 20 percent of patients who are prescribed opioids share them with others.