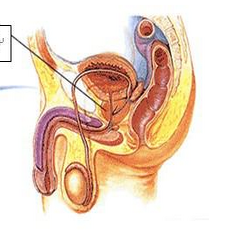 Researchers at Thomas Jefferson University have found the method they developed to image the prostate appears to be much better at detecting prostate cancer than any other test — radiographical, biopsy or blood — in use today. The findings are published online, ahead of print, in the journal Urology.

In some cases, the imaging test used in the 25-patient study detected even more cancerous lesions than pathologists found when they examined the prostate glands after they had been removed. The study, conducted in men who opted for a radical prostatectomy — total removal of the prostate — agreed to the new imaging test before the operation. Results of the test and the pathological examination were then compared.

The imaging technique uses a novel biomarker that latches on to cancerous cells within the prostate. This agent is given intravenously to patients before a PET (positron emission tomography) CT scan.

“There is a critical need for an accurate method to detect and stage prostate cancer so that the disease can be precisely managed. We believe this method has that potential,” says the study’s senior investigator, Mathew Thakur, Ph.D., professor of Radiology at Sidney Kimmel Medical College of Thomas Jefferson University and the Director of the Laboratories of Radiopharmaceutical Research and Molecular Imaging.

Current tests now used are inexact because they all require an invasive biopsy, and these costly biopsies — which have the potential for complications — can miss 66 percent of cancers, says Dr. Thakur, whose team are also members of Jefferson’s Sidney Kimmel Cancer Center. “It is hard to believe that hundreds of thousands of patients in the U.S. have been relying on biopsies to dictate their treatment, when two-thirds of these tests do not accurately reflect what is happening inside the prostate.”

The prostate is the size of a ping-pong ball, and cancer grows like seeds, not in substantial lumps, he explains. “Physicians cannot see where these small seeds are, so the gold standard is to take 12 biopsy samples of tissue in hopes of detecting whatever cancer exists. It is easy to see how that procedure doesn’t work as well as we would like.”

Supported by a $2.6 million grant from the National Institutes of Health, Dr. Thakur and his team developed a novel imaging agent, 64Cu-TP3805, that attaches on to receptors, VPAC1, that appear en mass when a cell morphs into cancer. The VPAC1 receptors cover the outside of the cancer cell in order to promote growth. The imaging agent consists of TP3805 which latches on to VPAC1 receptors, and Cu-64 (a radiation emitting copper peptide) that is hooked onto TP3805.

The PET imaging procedure captures the places within the prostate where 64Cu-TP3805 has landed on cancerous cells. The agent has a short half-life and it decays quickly Dr. Thakur says. It has lower whole body radiation risk than a CT scan, he says.

“The challenge has been to develop an imaging agent that will target a specific, fingerprint biomarker that visualizes prostate cancer early and reliably,” said Dr. Thakur.

In the study, the new test identified 105 of 107 cancerous lesions found in pathological exams of the removed glands (97 percent agreement, or accuracy), as well as nine lesions that the pathologic exam did not find.

“The VPAC1 receptors appear before the cell changes its microscopic appearance, so our imaging test can find them when pathologists may not be able to detect them,” Dr. Thakur says. Positive and negative lymph nodes were also correctly identified as were cases of benign prostatic hyperplasia and cysts.

Dr. Thakur and his team have also successfully investigated use of the PET imaging agent in human breast cancer, which has been published. He is also examining use of the test in animal models of bladder and lung cancer.

“Results of this study exceeded our goal of detecting 80 percent of cancers seen pathologically, and provided us with real insights into how prostate cancer can be accurately imaged,” he says. “A larger study that confirms these exciting findings should be conducted.”