A treatment administered to monkeys 3 days after being infected with Ebola virus resulted in 100% survival of the monkeys, according to research findings presented this week at the IDWeek conference in San Diego, CA. 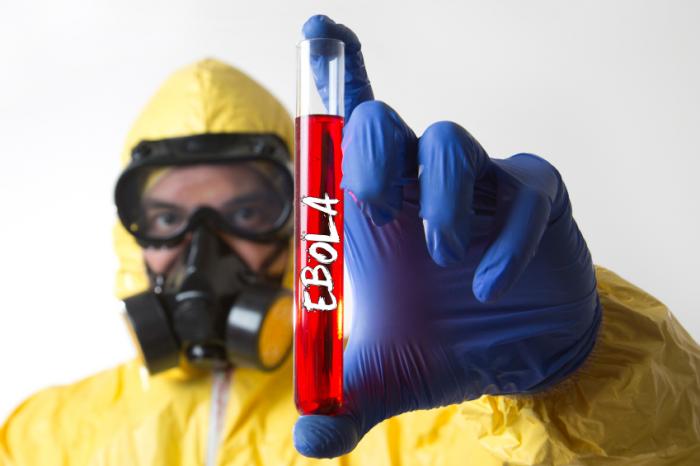 The new compound offers hope of a cure for ebola.

The results of the tests could lead to the development of the compound, known as GS-5734, as a treatment for the deadly virus.

There is currently no licensed vaccine or therapy against Ebola virus.

In studies, GS-5734 was found to be active against a broad spectrum of viral pathogens, including Lassa virus, Middle East respiratory syndrome (MERS), Marburg virus and multiple variants of Ebola virus, including the Makona strain that caused the most recent outbreak in West Africa.

The work is the result of the continuing collaboration between the US Army Medical Research Institute of Infectious Diseases (USAMRIID) and Gilead Sciences of Foster City, CA, according to Travis Warren, PhD, a principal investigator at USAMRIID.

Scientists at the Centers for Disease Control and Prevention (CDC) also contributed by performing initial screening to find molecules with promising antiviral activity.

In the first stages, a small-molecule antiviral agent was identified, which led to further refinement, development and evaluation of GS-5734.

When tested, not only were the primates completely cured of Ebola virus, they also exhibited a substantial reduction in viral load and a marked decrease in the physical signs of disease, including internal bleeding and tissue damage.

The compound is a novel nucleotide analog prodrug, which works by blocking the viral RNA replication process. If the virus can be prevented from making copies of itself, the body’s immune system has time to take over and fight off the infection.

“This is the first example of a small molecule, which can be easily prepared and made on a large scale, that shows substantive post-exposure protection against Ebola virus in nonhuman primates. In addition to 100% survival in treated animals, the profound suppression of viral replication greatly reduced the severe clinical signs of disease.”

Bavari adds that the effectiveness of the treatment, together with its broad-spectrum antiviral activity, suggests that it is worth pursuing further development of the compound for treatment of Ebola and other viruses.

Tomas Cihlar, PhD, of Gilead Sciences, says that the company is currently conducting phase 1 clinical studies of the compound in healthy human volunteers to establish the safety and pharmacokinetic profile.

The team hopes that the US Food and Drug Administration (FDA) consider allowing the use of the “animal efficacy rule” in order to develop the safety and pharmacokinetic profile. This mechanism makes it possible to develop a drug based on efficacy findings from adequate and well-controlled animal studies, in cases where it is not feasible or ethical to conduct human trials.

USAMRIID is the only organization in the Department of Defense with Biosafety Level 4 capabilities, and its research benefits both military personnel and civilians.

Medical News Today recently reported on a study suggesting that Ebola can persist in water for up to 8 days.