Recently, researchers Southwestern Medical Center have discovered a blood biomarkers, which help in the early diagnosis of children with autism spectrum disorders (ASD). 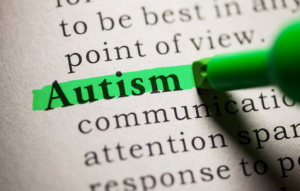 Early intervention is the best treatment of ASD, which affect about one seventieth of children. Unfortunately, most children until about 4 years old when the only communication and social skills that they have been diagnosed with ASD. Neurodevelopmental disorders are characterized by difficulties in social interaction and communication, and restricted behavior, repeat certain behavior patterns. The latest issue of Science reports that researchers Southwestern Medical Center reported the case to identify the blood biomarker, in a similar age range can distinguish most of the autistic study participants and the control population. In addition, the degree of biomarkers and communication barriers significantly associated with blood tests may show the severity of ASD.

“A lot of researchers have been looking for ASD biomarkers.” Said Dr. Dwight German professor of psychiatry at UT Southwestern University “blood biomarkers and other markers we can identify autism are testing, the accuracy rate of more than 80 %. ”

Because other studies have found that the immune system of children with autism have abnormalities, researchers have begun to look for autism-related antibodies in the blood. In this study, researchers found that autistic boy IgG1 serum antibody levels were significantly lower. After further analysis of the 25 types of peptide compounds which bind to IgG1, and locked in only a ASD1, its accuracy rate of ASD diagnosis reached 66%. TSH binding measurements, combined ASD1 biomarkers have an accurate diagnosis rate of 73%.