Our immune system is a fine-tuned concert of surveillance and response that protects our health. While we know inbuilt

mechanisms prevent overreactions that can lead to inflammatory diseases such as rheumatoid arthritis, we are not clear about

how they work. Now, scientists have discovered a molecular switch inside cells that appears to suppress immune overreaction and 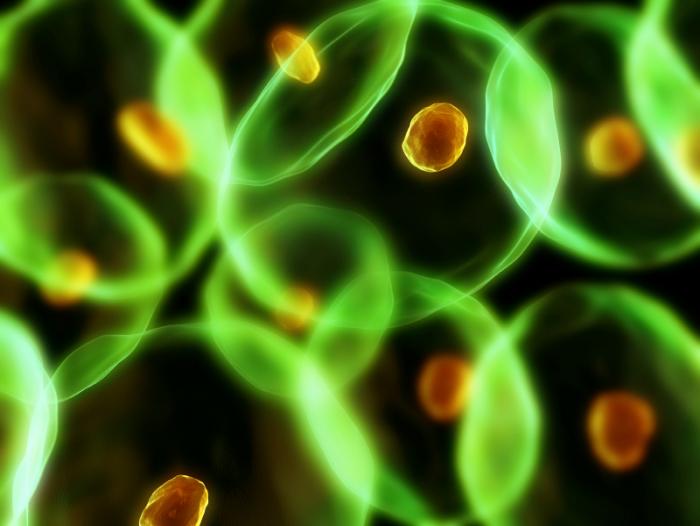 The researchers found that a molecule that normally resides inside the nucleus accumulates in the cell fluid outside of the nucleus during immune responses and acts to prevent over-inflammation.

The researchers, from Umeå University and the University of Gothenburg, both in Sweden, report the discovery in the journal

Immunity. They hope it will help the development of new treatments for inflammatory diseases.

Nelson O. Gekara, an assistant professor in molecular biology and leader of the Umeå contingent, says the discovery

of the switch – called MYSM1 – is “a major milestone in our understanding of how our immune system works, and how its response

could be controlled in order to prevent inflammatory diseases such as sepsis.”

and other undesirable material like dead cells. These receptors then activate inflammatory responses to eliminate the

sequence. Such a complex cascade of events needs to be carefully synchronized to avoid a disproportionate self-destructive

immune response, says Prof. Gekara, but exactly how this is accomplished is not clear.

In the new study, where the Umeå group teamed up with a group at the University of Gothenburg, the authors describe finding

MYSM1 – a molecule in the nucleus of resting cells.

They note how during infection or inflammation, MYSM1 builds up in the fluid surrounding the nucleus – the cell

The team observed how mice deficient in MYSM1 developed hyper-inflammation and became susceptible to septic shock.

On further investigation, they found two structures in MYSM1 suppress the immune reaction: “the SWIRM domain that interacted with TRAF3 and TRAF6 and the metalloproteinase domain that removed K63 polyubiquitins.”

The researchers liken the molecule to a switch that turns off several inflammation pathways. Too little MYSM1 results in

unrestrained activation of the innate immune system, leading to inflammatory diseases, as they note in their conclusion:

Prof. Gekara’s team is now looking for compounds that, through regulating MYSM1 activity, might lead to new treatments for

The discovery highlights the fine balance the immune system strikes between eliminating threats and promoting disease.

Medical News Today recently learned of another example of this where researchers found that a tolerant immune system may be a risk factor for some cancers, and showed how a way to measure

immune tolerance can predict the risk of developing them.