Mindfulness-based cognitive therapy offers a similar level of protection against relapses of depression to antidepressants, according to the results of a new trial published in The Lancet. 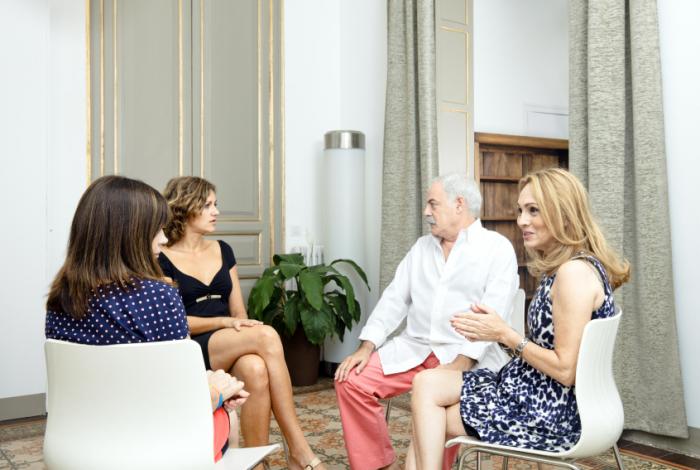 Mindfulness-based cognitive therapy works by teaching people the skills to identify and respond constructively to thoughts and feelings linked with depression.

“Depression is a recurrent disorder. Without ongoing treatment, as many as 4 out of 5 people with depression relapse at some point,” says lead author Willem Kuyken, professor of clinical psychology at the University of Oxford in the UK.

Antidepressants are currently the key maintenance treatment for preventing relapse – studies report that antidepressants reduce the likelihood of relapse by up to two thirds when taken correctly.

“However,” says study co-author Prof. Richard Byng, from the Plymouth University Peninsula Schools of Medicine and Dentistry in the UK, “there are many people who, for a number of different reasons, are unable to keep on a course of medication for depression. Moreover, many people do not wish to remain on medication for indefinite periods, or cannot tolerate its side effects.”

Mindfulness-based cognitive therapy (MBCT) works by teaching people who have experienced depression the skills to identify thoughts and feelings linked with depression when they encounter them. By responding constructively to these depressive thoughts, a full relapse may be avoided.

The UK-based researchers recruited 424 adults for their study who had recurrent major depression and were taking antidepressants. The participants were randomly assigned to either stay on their medication or to slowly come off their antidepressants and receive MBCT.

The 212 participants in the MBCT group attended eight group sessions that lasted for 2.5 hours each, which also involved daily homework exercises. These participants were also given the option of attending four follow-up sessions over a year-long period.

Similar outcomes reported for both groups over 2-year follow-up

The Structured Clinical Interview for DSM-IV psychiatric diagnostic interview tool was used to assess all trial participants at regular intervals over a follow-up period of 2 years.


The researchers found that 44% of the MBCT group participants and 47% of the participants on antidepressant medication relapsed over the 2-year follow-up period.

Five adverse events – including two deaths – were reported across both groups but were not considered to be related to either the interventions or the study.

“Whilst this study doesn’t show that mindfulness-based cognitive therapy works any better than maintenance antidepressant medication in reducing the rate of relapse in depression, we believe these results suggest a new choice for the millions of people with recurrent depression on repeat prescriptions.”

The authors report that theirs is the largest trial of any mindfulness-based approach to date, and that the study’s validity was demonstrated through high rates of treatment adherence among both intervention groups and a relatively long follow-up.

In a linked comment, Prof. Roger Mulder, from the University of Otago in New Zealand, writes that as MBCT is a group treatment it may also reduce treatment costs and the number of trained staff needed:

“We therefore have a promising new treatment that is reasonably cost effective and applicable to the large group of patients with recurrent depression.”