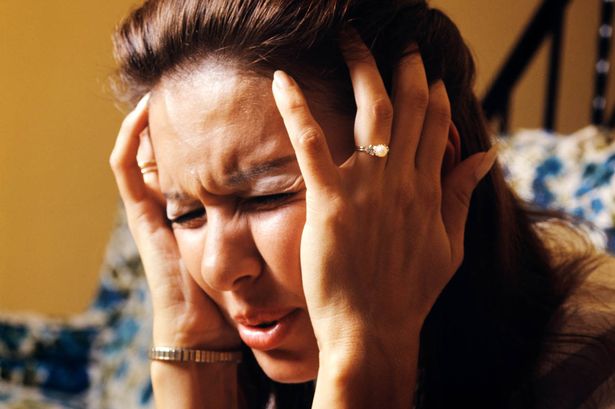 TUESDAY, Nov. 15, 2016 (HealthDay News) — Women who experience migraines have more than double the risk of suffering a stroke, new research shows. The finding adds evidence to the suspected link between these two conditions.

Although it’s not yet clear why this connection may exist, study lead author Dr. Cecil Rambarat said it’s important for health care providers to be aware of the link.

“This is important since migraine is generally not considered a risk factor for cardiovascular disease,” said Rambarat. He’s a resident physician at the University of Florida Shands Hospital in Gainesville.

“Maybe providers need to factor in migraine headaches as a potential risk factor for cardiovascular disease among women,” he said. “This is not being done currently.”

Previous research has linked migraines — especially the form known as migraine with aura — to stroke. Migraine with aura is estimated to affect one in four migraine patients, according to the Migraine Research Foundation. In these people, changes in vision may accompany their headaches, including blurry vision, sensitivity to bright lights or more dramatic effects such as seeing zig-zag or squiggly lines.

The new study tracked more than 900 U.S. women who showed signs of heart disease between 1996 and 1999. The average age of the participants was 58, and the majority (80 percent) were white.

During six years of follow-up, 18 percent of the women with a history of migraine headaches had a heart attack or stroke compared to 17 percent of those who didn’t experience migraines, according to Rambarat.

But, the difference became “significant” after the researchers adjusted their statistics to account for other risk factors, Rambarat said. The researchers found that migraine patients were nearly twice as likely to suffer from cardiac problems — such as heart attack or stroke — than those who didn’t have migraines, and had more than double the risk of a stroke specifically, he said.

Although the study doesn’t prove a cause-and-effect link between migraines and strokes, there are several theories about the apparent connection.

Dr. Gretchen Tietjen is director of the Headache Research and Treatment Center at the University of Toledo College of Medicine and Life Sciences in Ohio. “Since both affect the brain, it’s easier when you try to draw the link between migraine and stroke,” instead of migraine and heart disease, she said.

But it’s possible that the issue may lie in blood vessels as a whole, not just those in the brain, since the vessels play a role in strokes, other kinds of cardiac conditions and migraines, Tietjen said.

Inflammation — swelling — and higher levels of blood clotting may play a role in both cardiac problems and migraines, she said. The clogged arteries and high blood pressure that contribute to heart disease, however, don’t seem to be connected to migraines, she added.

Tietjen cautioned that there’s no need for women with migraines to panic, especially younger ones, since the risk of cardiac problems is still low. It appears less than 1 percent of strokes are related to migraines in women, she said. “It’s not zero, and it’s not a huge number,” she said.

As for the risk in men, the study didn’t look at whether a similar migraine-stroke connection might exist in them. Rambarat said other research has suggested a link, but he noted that migraines are much less common in men.

As for preventing migraines, Rambarat isn’t recommending that women with migraines take special precautions, although he said physicians can do more to lower the risk of cardiac problems in younger patients. Doctors can start by asking female patients at risk for heart disease about whether they have a history of migraines, he said.

Tietjen said women with migraines should control their risk factors for heart disease. They should avoid smoking, control cholesterol and be cautious about estrogen-based birth control pills because they may increase the risk of stroke.

The study was scheduled for presentation Tuesday at the American Heart Association annual meeting, in New Orleans. Research released at conferences should be considered preliminary until published in a peer-reviewed medical journal.

Yogurt Does Not Solve Your Gut Microbial Groups