A drug approved to treat melanoma has shown promise for the treatment of advanced nonsmall cell lung cancer, according to researchers from the University of California-Los Angeles. 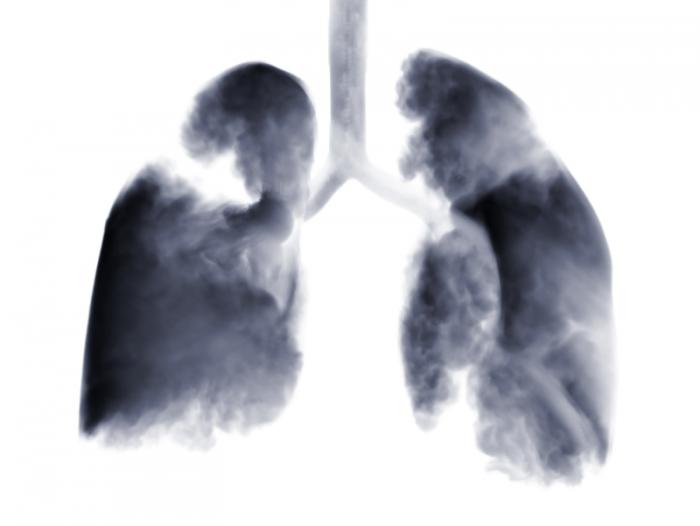 Almost 50% of NSCLC patients with high levels of PD-L1 expression responded to treatment with pembrolizumab.

Nonsmall cell lung cancer (NSCLC) is the most common form of lung cancer in the US, accounting for around 85-90% of all cases.

NSCLC consists of three subtypes – squamous cell carcinoma, large cell carcinoma and adenocarcinoma – all characterized by the type of cancer cells found in the lungs.

For patients with advanced NSCLC, treatment outcomes are poor. It is estimated that only up to 14% of patients with stage 3 NSCLC or above live for at least 5 years following diagnosis.

But according to lead study author Dr. Edward Garon, of the Jonsson Comprehensive Cancer Center at UCLA, and colleagues, an immunotherapy drug called pembrolizumab (brand name Keytruda) has proved effective for reducing tumor progression in patients with advanced NSCLC.

The researchers publish their findings in the New England Journal of Medicine.

Results ‘may change the way lung cancer is treated’

In October last year, pembrolizumab was approved by the Food and Drug Administration (FDA) for the treatment of advanced melanoma. The drug works by inhibiting PD-1 – a protein that reduces the ability of T cells to attack cancer cells.

To test pembrolizumab’s ability to treat NSCLC, the UCLA team enrolled 495 patients with the condition to their study, and they were treated with the drug for almost 3 years. Of these patients, around 25% had high levels of PD-L1 expression – a molecule, or ligand, which binds to PD-1.

The team found that 19% of all patients enrolled responded to the treatment – despite their levels of PD-L1 expression – and that the average duration of treatment response in these patients was more than a year.

They note that they were unable to report the average survival duration of patients with high levels of PD-L1 expression who responded to pembrolizumab because the majority of them remain alive. One of these patients is 71-year-old Stephen Burrin, who was first diagnosed with lung cancer in 2002.

Although Burrin was cured of his cancer after having a tumor removed from his lung, it came back with a vengeance in 2012, when more than 20 lung tumors were identified. After enrolling into this clinical trial, Burrin saw amazing results with pembrolizumab in only a few months. It dramatically reduced his tumor volume.

“It’s a miracle I’m alive,” says Burrin. “This immunotherapy has been unbelievably successful for me, and the side effects have been very minor.”

The UCLA team reports that less than 10% of patients treated with pembrolizumab experienced severe side effects, which they say is a rate significantly lower than that seen with conventional chemotherapy treatments.

“These results have the potential to substantively change the way that lung cancer is treated. The effectiveness of pembrolizumab in treating patients with NSCLC and the prolonged duration of their responses is quite exciting.

In addition to being the largest data set of lung cancer patients treated with this type of drug, this is the first independent validation that PD-L1 expression in tumors is clearly a marker of response.”

Hope that FDA will approve pembrolizumab for NSCLC

After skin cancer, lung cancer is the most common cancer in both men and women in the US. This year, it is estimated there will be around 221,200 new cases of lung cancer and around 158,040 deaths from the disease.

Dr. Garon says he hopes that these findings will spur the FDA to approve pembrolizumab for the treatment of NSCLC in patients who are most likely to benefit from the drug.

“Although we continue working to refine our selection of patients for this type of therapy, the identification of a population of patients who are likely to have such a good outcome is potentially game-changing,” he adds.

“Neither the drug nor the PD-L1 biomarker test is approved for use at this time, but if I had a patient whose tumor had PD-L1 expression in at least half of their cancer cells and pembrolizumab was available, I would find the drug to be a compelling treatment option for the patient.”

Last month, Medical News Today reported on a study by German researchers who revealed how nanoparticles could be used to treat lung cancer by delivering chemotherapy drugs to selected tumor sites.