Contrary to research that suggests marijuana may act as a gateway drug, encouraging the use of other harmful substances, a new study indicates it may have the opposite effect. 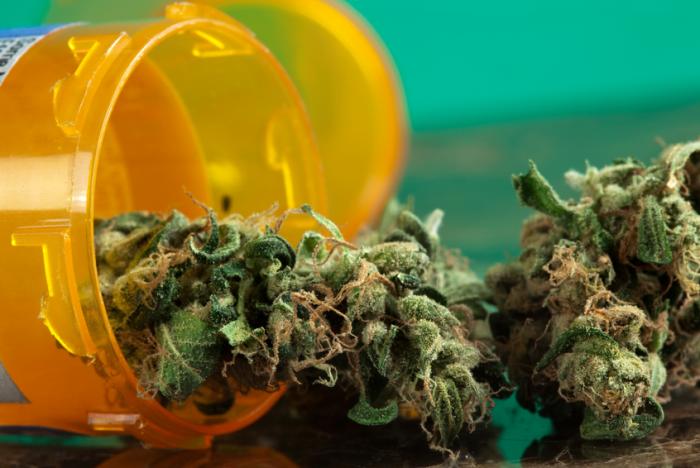 The new review suggests marijuana may help treat substance use disorders and some mental health conditions.

In the journal Clinical Psychology Review, researchers suggest marijuana use has the potential to help treat some individuals with substance use disorders, such as opioid addiction.

What is more, the review – led by Zach Walsh, an associate professor of psychology at the University of British Columbia in Canada – suggests using marijuana could help alleviate symptoms of some mental health conditions, such as post-traumatic stress disorder (PTSD).

While marijuana, or cannabis, remains the most commonly used illicit drug in the United States, with around 22.2 million users in the past month, it is becoming increasingly legalized for medical and/or recreational purposes.

In relation to the drug’s therapeutic potential, some studies have suggested marijuana can help treat pain, inflammation, epileptic seizures, and even Alzheimer’s disease.

Additionally, many patients and advocates of medical marijuana claim the drug has the potential to treat mental health issues and substance use disorders, and the new study by Walsh and team suggests that, in some cases, these individuals may be right.

Marijuana may be an effective ‘exit drug’

The researchers came to their conclusion after conducting a systematic review of 60 studies assessing the effects of either medical or non-medical marijuana on mental health and substance abuse.

However, for patients with psychotic disorders – such as bipolar disorder – the team found non-medical marijuana use may be problematic.

Additionally, the review indicates that medical marijuana use may help some individuals with substance use disorders by acting as a substitute.

“Research suggests that people may be using cannabis as an exit drug to reduce the use of substances that are potentially more harmful, such as opioid pain medication,” Walsh explains.

The evidence to date suggests that medical marijuana does not raise the risk of self-harm or harm to others, the researchers note, although they caution that acute marijuana intoxication and recent use of medical marijuana may affect short-term memory and other cognitive functions.

The team concludes that more research is required to further assess the effects of marijuana use on mental health and substance abuse. This is particularly important given the increase in marijuana legalization in the U.S., and in Canada, marijuana may be legalized as early as 2017.

“There is not currently a lot of clear guidance on how mental health professionals can best work with people who are using cannabis for medical purposes. With the end of prohibition, telling people to simply stop using may no longer be as feasible an option. Knowing how to consider cannabis in the treatment equation will become a necessity.”

Read about a new compound that can ease pain like marijuana, without the side effects.