Cancer is what happens when abnormal cells grow in an uncontrolled way. Not all cell abnormalities are tied to or

lead to cancer, and scientists are constantly trying to discover which do and which do not. Now, in a new breakthrough,

researchers suggest targeting a type of abnormality that causes mitochondria to deform and divide unnaturally, may block

the growth of tumors in many common cancers. 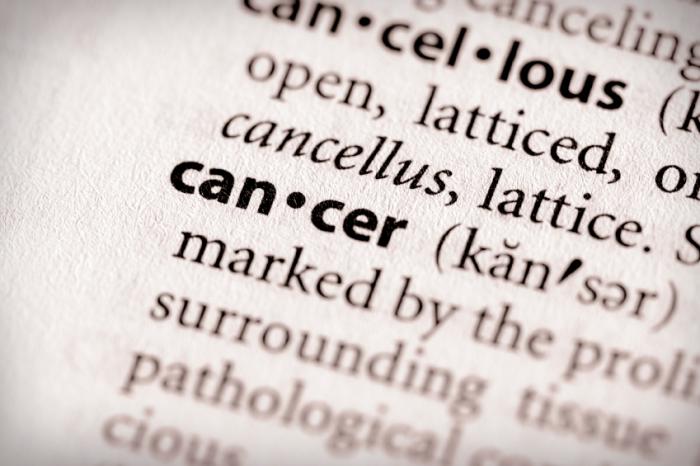 Ras gene mutations occur in up to 30% of all cancers.

In a new study published in the journal Molecular Cell, researchers show how mitochondria are forced to divide unnaturally, lose their normal shape and collapse around the cell’s nucleus.

The end result is an environment more favorable to cancer. They suggest blocking this process could be a new avenue for treatment.

(ATP) – that biologists believe to be the energy currency of life.

For this reason, mitochondria are often referred to as the “powerhouses” of cells.

The classic image of mitochondria is of bean-like shapes floating in a sea of cytoplasm in the cell’s innards. But recent research shows this is not the case – mitochondria comprise long, stringy networks that are always fusing

Ras mutations trigger signaling pathway that cause mitochondria to misbehave

In this latest research, Dr. David Kashatus, of the department of

microbiology, immunology and cancer biology in the University of Virginia (UVA) in Charlottesville, and colleagues looked

at tumors that arise when the gene Ras is mutated, which occurs in up to 30% of all cancers.

In earlier work, another team at UVA had discovered that Ras triggers the MAP kinase signaling pathway, which features

When they ran experiments in cell lines derived from human pancreatic cancer samples, and also in specially

bred mice, the team established that this signaling pathway is prompting the mitochondria to behave in strange ways, such

as dividing more frequently than normal.

And they also found that targeting this feature stopped the abnormal behavior, as Dr. Kashatus explains:

“We made a similar finding in both: If we knocked down these cells’ ability to divide their mitochondria, we blocked

The team believes the finding will lead to promising new targets for cancer drugs. Dr. Kashatus says while scientists

over the years have found ways to target vulnerabilities in some of the signaling pathways triggered by Ras, the problem

is while tumor growth stops for a while, it starts again. He notes:

Ras mutations have been identified in cancers of many different origins, including 90% of those that start in the

pancreas, 50% of colon and thyroid cancers, 30% of lung cancers, 15% of ovarian cancers and 6% of bladder cancers. They

have also been found in cancers of the breast, skin, kidney, liver and some leukemias.

Dr. Kashatus sums up the implications of the findings:

“Perhaps in combination with other inhibitors, we can target this process of mitochondrial division,

mitochondrial fission. Hopefully we can make a difference in some of these cancers.”

Mitochondria first appeared inside cells around 2 billion years ago – exactly how this came about is not clear. The

a long period of mutual cooperation.

But in October 2014, another team at UVA challenged prevailing theories about the origins

of mitochondria. They said they were not the result of a friendly relationship between bacteria and host cells – quite

the contrary. In a study published in PLOS they describe how they arrived at the idea that the pre-mitochondria

bacteria were parasitic: initially they stole energy from their host cells, and only later became beneficial.