It is estimated that around 35 million people worldwide are living with HIV – the virus that can progress to deadly AIDS. Now, an international randomized clinical trial funded by the National Institutes of Health finds that antiretroviral therapy is much more likely to be successful in halting HIV progression the sooner treatment is started. 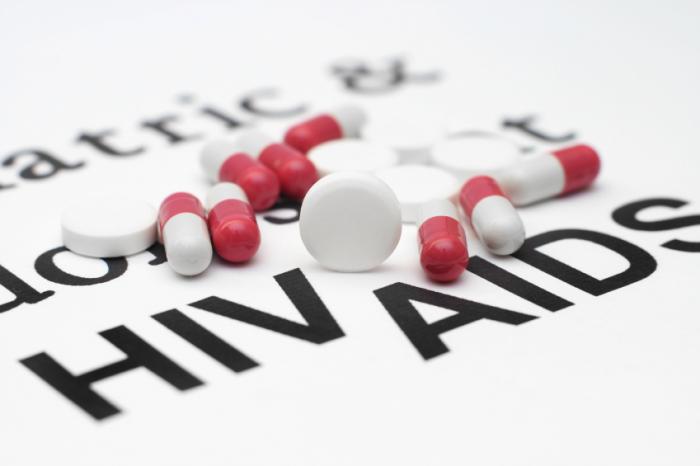 The risk of death or development of serious illness was 53% lower among participants treated with ART early, compared with those whose treatment was deferred.

The findings come from the Strategic Timing of AntiRetroviral Treatment (START) study, initiated in 2011 to determine the effects of earlier antiretroviral therapy (ART) for people with HIV (human immunodeficiency virus).

The study reveals that HIV-infected people are much more likely to benefit from the treatment when they have higher levels of CD4+ T cells – immune cells that fight infection and disease – than lower levels. Since higher levels of these cells occur early in HIV infection, the findings indicate ART should be started early.

The benefits of earlier ART for people with HIV were so clear in the clinical trial that an independent data safety and monitoring board (DSMB) recommended that the results be released early – the study was expected to cease at the end of next year.

The research team, including Dr. Jens Lundgren of the University of Copenhagen in Denmark, says combined with previous data showing ART lowers the risk of transmitting HIV to sexual partners, their findings suggest the treatment should be offered to all individuals with the virus.

“This is an important milestone in HIV research,” says Dr. Lundgren. “We now have strong evidence that early treatment is beneficial to the HIV-positive person. These results support treating everyone irrespective of CD4+ T-cell count.”

For the trial, 4,685 HIV-infected men and women aged 18 and older from 215 regions over 35 countries were enrolled. Prior to the study, none of the participants had received ART.

At the time of enrollment, all participants had a normal CD4+ cell count – defined as 500 cells per cubic millimeter (cells/mm3) or higher.

Half of the participants were randomized to receive ART immediately, while the remaining participants started ART when their CD4+ cell count fell to 350 cells/mm3.

All individuals were followed for an average of 3 years. During this time, the researchers monitored the development of both serious AIDS (acquired immunodeficiency virus) events (such as AIDS-related cancer) and serious non-AIDS events (such as cardiovascular diseases, cancer and renal and liver disease), as well as death rates among all participants.

What is more, the analysis revealed the risk of death or development of serious illness was 53% lower among participants treated with ART early, compared with those whose treatment was deferred.

The results revealed that the risk of both serious AIDS and serious non-AIDS events was lower among participants who received early ART than those who received deferred ART, and this reduced risk was strongest for AIDS events.

The study findings were consistent across all regions, according to the analysis, and participants from low-, middle- and high-income countries showed similar benefits from early ART.

Commenting on the findings, Dr. Anthony S. Fauci, director of the National Institute of Allergy and Infectious Diseases (NIAID), says:

“We now have clear-cut proof that it is of significantly greater health benefit to an HIV-infected person to start antiretroviral therapy sooner rather than later.

Moreover, early therapy conveys a double benefit, not only improving the health of individuals but at the same time, by lowering their viral load, reducing the risk they will transmit HIV to others. These findings have global implications for the treatment of HIV.”

The START findings are strongly in support of the US guidelines – with researchers claiming they provide “concrete scientific evidence” that all people with HIV should receive early ART.

“The study was rigorous and the results are clear,” say principal investigator James D. Neaton, PhD, a professor of biostatistics at the University of Minnesota. “The definitive findings from a randomized trial like START are likely to influence how care is delivered to millions of HIV-positive individuals around the world.”

The trial findings have been welcomed by UNAIDS – a joint United Nations program working to tackle the global AIDS crisis.

“This is a further demonstration of the importance of science and research that enables an evidence-based, people-centered response to HIV that leaves no one behind,” says UNAIDS Executive Director Michel Sidibé.

“Every person living with HIV should have immediate access to life-saving antiretroviral therapy,” he adds. “Delaying access to HIV treatment under any pretext is denying the right to health.”

Earlier this month, pharmaceutical giant GlaxoSmithKline (GSK) and the University of North Carolina at Chapel Hill announced they are teaming up to created a HIV Cure center dedicated to finding a way to eradicate the virus.

GSK will be investing $20 million into the center – $4 million each year for a period of 5 years – which will be used to advance recent scientific approaches for combatting HIV, such as the “shock and kill” approach. This involves uncovering dormant HIV in immune cells and triggering the patient’s immune system to destroy the virus.