A new study conducted by researchers in Finland suggests that men who have a low weight at birth are at an increased risk of leaving the workforce early on a disability pension. 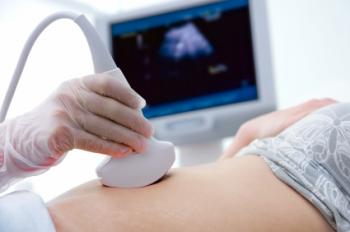 The growth of a baby in utero should be routinely monitored during prenatal visits to a health care provider and with ultrasound scanning.

Mikaela von Bonsdorff, one of the study authors from the University of Jyväskylä in Finland believes that early exit from the workforce could be related to nonoptimal growth during the fetal period.

“Disability pension, considered as a permanent exit from the workforce due to a medical cause, has been increasing in Europe over the past decades and it has significant economic implications at both the individual and societal level,” write the authors.

“Due to increasing life expectancy and current low birth rates, the pressure to raise the retirement age is growing. Thus better knowledge of the determinants of [disability pension] could yield substantial benefits for individuals and the society in prolonging working careers.”

According to the researchers, most research on the underlying causes of transitioning to disability pension has focused on socioeconomic factors, related health conditions and aspects of work itself. However, prenatal conditions that affect the development of organ structures and the functioning of biological systems may also increase the risk of disease in adulthood.

Low birth weight refers to a weight of less than 5.5 lbs at birth. While some babies are naturally born small – particularly if the mother is small – low birth weight can also be the result of problems with the placenta, infections during pregnancy, congenital anomalies, chromosomal abnormalities or risk factors in the mother.

For the study, published in PLOS One, the researchers analyzed data obtained from the Helsinki Birth Cohort Study, including birth and childhood growth information taken from medical and health care records.

The researchers extracted the data on birth weight for 10,682 people born in 1934-44 and matched these up with data on time, type and reason of retirement between 1971-2011 obtained from the Finnish Centre for Pensions.

Mental disorders were a primary cause for transitioning into disability pension

Among men, the researchers found that higher birth weight was associated with a lower risk of transitioning into disability pay, primarily due to mental disorders. However, no associations were observed among women between body size at birth and all-cause disability pension.

When adjusting the results for childhood and adulthood socioeconomic status, the researchers found that the association suggesting birth weight was linked to the subsequent risk of disability pension still held for men.

The authors of the study suggest that abnormalities in the maturation of the brain may be due to fetal development and that neuroendocrine systems could also be affected by suboptimal prenatal development. They acknowledge, however, that birth weight is a crude measure of the intrauterine environment.

“More information is needed on the contribution of early life factors to disability pension due to specific diseases such as depression,” conclude the authors.

Previously, Medical News Today reported on a study stating that babies with a very low birth weight may be at an increased risk of depression, ADHD or other psychiatric conditions in adulthood.