A new study finds long-term exposure to air pollution – even at low levels – may lead to brain damage that is a marker of age-related cognitive impairment and other neurological conditions. 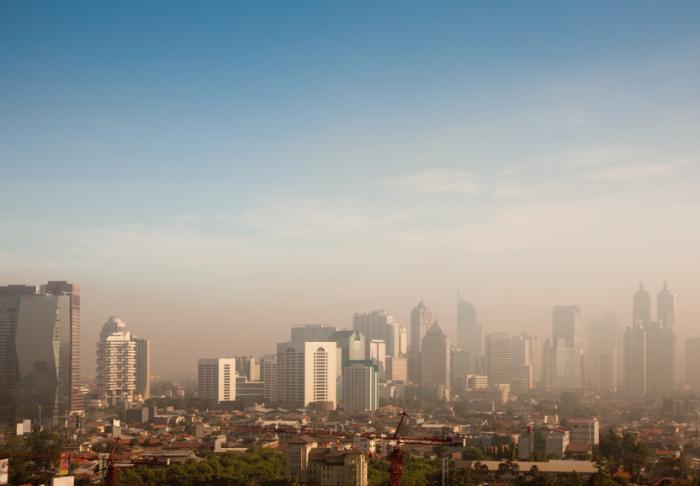 PM2.5 air pollution is a major concern in the US as small particles can easily pass through the throat and nose and enter the lungs, causing major health problems.

Lead investigator Elissa H. Wilker, of the Cardiovascular Epidemiology Research Unit at Beth Israel Deaconess Medical Center and the Harvard T.H. Chan School of Public Health – both in Boston, MA – and colleagues publish their findings in the journal Stroke.

The majority of studies have investigated the effects of fine particle air pollution, and this latest study from Wilker and colleagues is no exception.

Fine particle air pollution is particulate matter found in smoke and haze – from car exhausts, for example, or burning wood – that is 2.5 micrometers in diameter or less (PM2.5).

This form of air pollution is a major concern in the US as small particles can easily pass through the throat and nose and enter the lungs, causing major health problems.

For their study, the team set out to assess the effects of long-term exposure to PM2.5 on brain structure. To do so, they used magnetic resonance imaging (MRI) to analyze the brains of 943 healthy adults free of stroke and dementia who were a part of the Framingham Offspring Study.

All participants lived in greater Boston, New England or New York – areas where pollution levels are low compared with other parts of the US – and the MRI scans were conducted between 1995 and 2005.

The researchers found that an increase in PM2.5 of 2 micrograms per cubic meter of air (μg/m3) – a pollution range common across metropolitan regions – was linked to a 0.32% reduction in total cerebral brain volume, as well as a 46% increased risk of covert brain infarcts – a form of silent stroke.

“Long-term exposure to air pollution showed harmful effects on the brain in this study, even at low levels, particularly with older people and even those who are relatively healthy,” says Wilker.

The team says the reduction in brain volume seen is comparable to around 1 year of brain aging, and changes in brain structure and a reduction in its volume are indicators of age-related brain atrophy.

The covert brain infarcts, which Wilker says normally occur in regions deep in the brain, have been linked to poorer cognitive function, dementia and other neurological problems, and are believed to be associated with small vessel disease.

According to the researchers, their findings support previous studies linking long-term exposure to air pollution and residing close to busy roads with reduced cognitive function in seniors and first-time stroke.