WHO declared in West Africa caused by the Ebola epidemic in just a few hours later on Wednesday has been completely ended, Sierra Leone, on the report of a new Ebola cases to WHO. 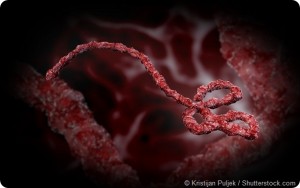 Today, the World Health Organization (WHO) officially announces that Liberia is free of Ebola transmission, finally bringing an end to the 2-year epidemic that has infected nearly 29,000 people and claimed more than 11,000 lives across Africa.

WHO says that all known chains of transmission in West Africa have now been stopped, but that effective surveillance and response initiatives are critical in the coming months because further flare-ups are still expected.

The risk of re-introduction of infection is diminishing as the virus gradually clears from the survivor population, but we still anticipate more flare-ups and must be prepared for them. A massive effort is underway to ensure robust prevention, surveillance and response capacity across all three countries by the end of March.”

Liberia, which was one of the countries most severely hit by the disease, was first declared free of Ebola in May 2015, but the virus has re-surfaced twice since then, with the most recent flare-up occurring in November.

On 3rd December, Liberia discharged the last two cases, after tests showed the patients had twice tested negative for the disease. Forty-two days later (twice the 21-day incubation cycle of Ebola), the patients remain disease free, meaning Liberia can finally be declared free of human-to-human transmission for the third time.

Since the epidemic started in 2013, Liberia is the third of the hardest hit countries to be able to finally report no cases of Ebola for at least 42 days. At its height, Ebola swept through the capital cities of Guinea, Sierra Leone and Liberia, overwhelming hospitals with the number of new cases being diagnosed every week. Sierra Leone was declared free of Ebola transmission on 7th November 2015 and Guinea was declared free on the 29th December.

WHO’s Ebola representative in Liberia, Alex Gasasira, commends the Liberian government for its rapid response to the country’s latest flare-up of Ebola: “The rapid cessation of the flare-up is a concrete demonstration of the government’s strengthened capacity to manage disease outbreaks.”

However, research has shown that although Ebola disappears relatively quickly from survivors, among males, it can remain in the semen for up to one year and be transmitted to partners.

We will remain careful and keep calling on the population to take the necessary measures in preventing reoccurrence,”

WHO and collaborators will continue to work with the governments of the three countries to ensure medical care, screening, counseling and education remain accessible to survivors, to aid their reintegration into family and communities and reduce any future risk of Ebola transmission.