They are the largest land animals in the world, weighing up to 14,000 pounds and standing up to 4 meters tall. Given their size, elephants should be highly susceptible to cancer – they have at least 100 times more cells than humans – but they rarely develop the disease. In a new study, researchers shed light on the mechanisms behind elephants’ resistance to cancer – information that could fuel knowledge on cancer resistance in humans. 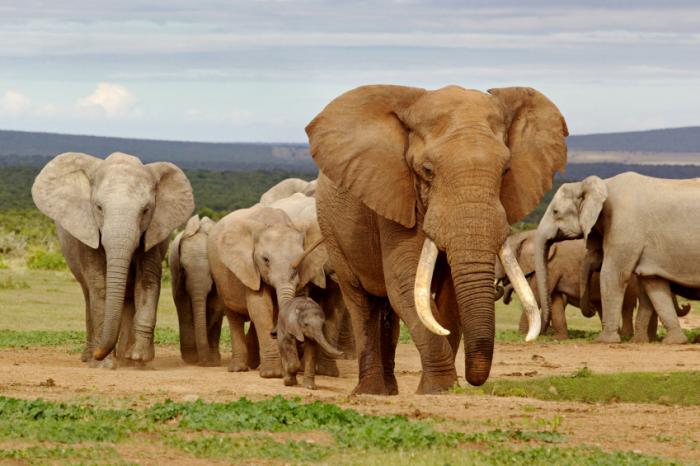 The researchers found that elephants have at least 20 copies of a tumor-suppressor gene called TP53, while humans only have one.

Study leader Dr. Joshua D. Schiffman, of the University of Utah School of Medicine, and colleagues publish their findings in JAMA.

Theoretically, an animal’s cancer risk should increase with their size and lifespan; the bigger an animal is, the more cells they have, which should increase the rate of cell division and susceptibility to gene mutations.

In 1975, however, a study by Dr. Richard Peto, of the University of Oxford in the UK, challenged this notion. He observed that cancer incidence across species is not dependent on an animal’s size or lifespan – a theory that is now hailed “Peto’s Paradox.”

A good example of this theory is the disparity in cancer incidence between humans and elephants; despite elephants being significantly larger than humans, their risk for cancer is much lower.

Previous research has suggested that specific molecular mechanisms in elephants protect them against cancer, though Dr. Schiffman and colleagues note that such mechanisms are poorly understood.

For this latest study, the team set out to learn more about the disparities in cancer mortality rates across different mammals, with a specific focus on elephants, and to shed light on possible mechanisms that induce cancer resistance in different species.

The researchers assessed information on disease and cause of death for 36 mammalian species, including African or Asian elephants.

The genomes of all species were assessed, as well as the activity of peripheral blood lymphocytes – a type of white blood cell – among elephants, healthy humans and patients with a disease called Li-Fraumeni syndrome (LFS), a rare inherited condition that greatly increases the risk for cancer. This was to assess response to DNA damage.

The team also revealed that elephants possess at least 20 copies of a major tumor-suppressor gene called TP53, while healthy humans only have one copy, with two alleles (gene variants) inherited from each parent. People with LFS only inherit one functioning allele of the TP53 gene, according to the team, putting them at a 90-100% lifetime risk for cancer.

The researchers explain that the TP53 gene plays a key role in the response to DNA damage by triggering a form of cell death called apoptosis via the p53 protein. Compared with human lymphocytes, the researchers found that elephant lymphocytes were subject to p53-induced apoptosis at higher rates.

Based on their findings, the team suggests the additional copies of the TP53 gene and increased p53-induced apoptosis in elephants have evolved to protect them against cancer.

These findings, if replicated, could represent an evolutionary-based approach for understanding mechanisms related to cancer suppression.”

In an editorial linked to the study, Mel Greaves, PhD, of the UK’s Institute of Cancer Research, says the theory that elephants may be protected against cancer due to the acquisition of multiple copies of the TP53 gene seems “plausible.”

However, Greaves notes that it is unclear what implications the findings have for cancer in humans. “Perhaps the main message from this innovative investigation is to bring into focus the question of why humans appear to be so ill-adapted to cancer, given the average size and life span,” he speculates.

“The human genome is replete with footprints of positive selection in the not-too-distant historical past. Humans may have acquired, in one particular respect, an extra cancer suppressor gene variant early on in evolutionary history approximately 1.8 million years ago,” Greaves continues.

He points out, however, that modern humans are particularly vulnerable to cancer, which is more down to lifestyle factors – such as smoking – that are not seen in other animals. “These behaviors are relatively recently acquired by humans, over a few hundred years, and the risks they impart far exceed prior and otherwise effective cancer suppressor mechanisms that were inherited from primate ancestors,” explains Greaves.

Medical News Today recently reported on another study that shows promise for a new cancer treatment. Researchers from the University of Oxford discovered a protein that helps cancer cells source food to fuel growth.