A new study reviewing medical data from 6,000 patients reports that individuals with atrial fibrillation who take anticoagulants are at higher risk of dementia than patients who take the blood-thinning drugs for other reasons. 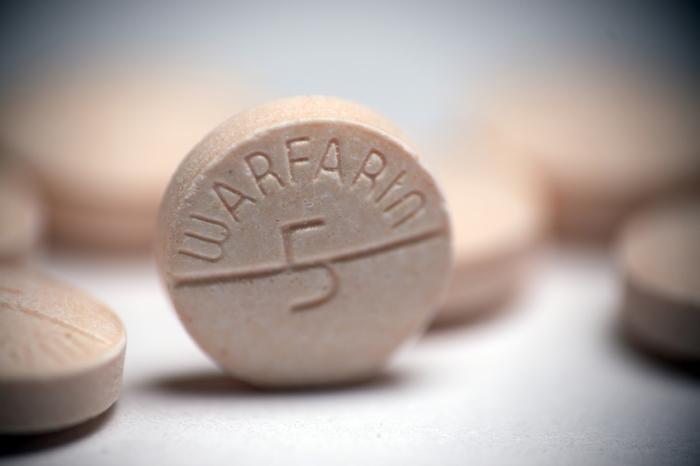 Researchers have linked warfarin to increased dementia risk, particularly for patients with AF.

Atrial fibrillation (AF) is the most common irregular heartbeat condition. The incidence rate in the population of adults aged 65 and older is 10 percent, as reported by the Atrial Fibrillation Association (AFA). AF is not life-threatening in most cases, but it is known to be a leading cause of stroke.

Researchers from the Intermountain Medical Center Heart Institute in Salt Lake City, UT, compared the medical notes of patients who regularly took anticoagulants. They found that dementia cases were higher among AF patients.

Anticoagulant therapy is used to thin the blood of AF patients. The most commonly used anticoagulant is warfarin.

AF patients are prone to developing blood clots because their irregular heartbeat prevents the blood from being pumped through the chambers of the heart efficiently. This can lead of pooling of the blood and subsequent formation of blood clots.

Blood clots can travel to the brain and cause stroke. The AFA report that 3 million people worldwide are affected by AF-related stroke each year.

Dementia is a broad term for a number of diseases that affect the brain and cause progressive intellectual decline. Alzheimer’s disease is the most common form of dementia, but there are many others.

According to the National Institutes of Health, there are approximately 5 million individuals in the United States who have Alzheimer’s disease. Dementia is now the leading the cause of death in England and Wales, as reported by the United Kingdom Office for National Statistics.

Age is thought to be the main risk factor for dementia. The number of people living with dementia is expected to increase, as life expectancy is getting longer.

Patients with AF have previously been reported to have a higher risk of developing all types of dementia.

The authors conclude that taking warfarin is associated with an increased risk of dementia in all patients, but more so in AF patients.

In the study, the authors discuss the limitations of their work. They explain that a retrospective study such as this makes use of commonly used medical codes in patient notes in a database to assign patients to different groups, such as those who take warfarin and those with AF or other conditions.

Although this type of study can use the medical records of thousands of individuals, it is designed to look at how different conditions relate to each other, but not at cause and effect.

They suggest designing a prospective study, which recruits patients and follows them over many years. This type of study can specifically examine the mechanism by which warfarin therapy may cause dementia and how this is different in AF patients.

“Further research is needed to identify the many complex mechanisms that link atrial fibrillation to dementia. We are initiating a series of new studies that are aimed to understand what treatments may reduce the risk of developing dementia in atrial fibrillation patients,” concludes Dr. Bunch.

Read about a study that suggests loneliness may be an early sign of Alzheimer’s.