A new study published in The American Journal of Medicine suggests that the national incidence of gun-related hospitalizations has mirrored the performance of the national stock market. The study suggests, therefore, that economic insecurities may drive firearm-related injuries. 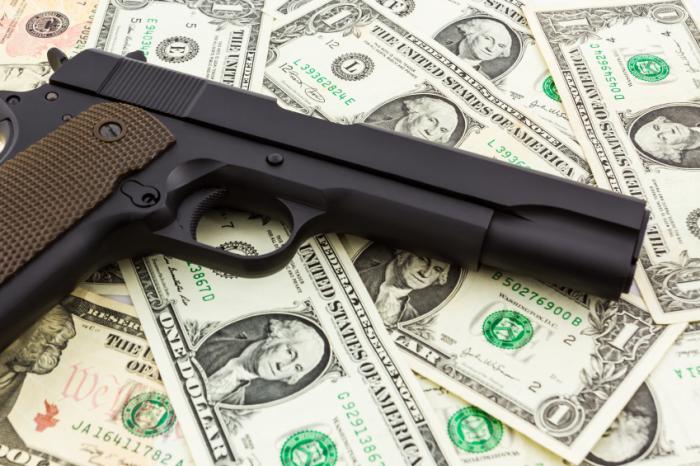 About 88 people die every day in the US from firearm-related suicides, homicides and accidents.

About 88 people die every day in the US from a combination of firearm-related suicides, homicides, unintentional injuries and accidents, making guns the second leading cause of injury-related death in the nation after road accidents.

“One could surmise that there would be a relationship between the national economic situation and national firearm-related hospitalization rates,” Dr. Agarwal adds.

Analyzing data from the Nationwide Inpatient Sample (NIS) database, Dr. Agarwal found 70,974 firearm-related hospitalizations during the period 2001-11. There was a modest increase in these hospitalizations during 2002 and 2004, followed by a slow decline until 2008, sharp increases in 2009 and 2010, and then a sharp decline in 2011.


Comparing the NIS data with the Dow Jones Industrial Average – an overall indicator of the nation’s economic health – Dr. Agarwal concluded that “the national incidence of firearm-related hospitalizations in the US has closely tracked the national stock market performance, suggesting that economic perturbations may be a ‘root cause’ or at least an important predictor of firearm injuries.”

Looking more closely at the period 2007-11, Dr. Agarwal observed a “small but significant” drop in the numbers of patients discharged to home, compared with 2001-06. During this period, the average length of stay following a gun-related injury also increased from 6.6 days to 7.4 days.

Earlier this month, Medical News Today reported on a study co-authored by researchers from Duke, Harvard and Columbia universities that found nearly 1 in 10 adults have both access to firearms and a history of impulsivity and anger.

In February, a paper published in the Annals of Internal Medicine called for the introduction of new policies to reduce the number of gun-related injuries and deaths in the US.

Recommendations made in the paper included compulsory criminal background checks for all firearm purchases, prohibition from public sale of military-style “assault-style” weapons, and freedom of speech for physicians to discuss gun ownership with patients.