As Zika continues to spread across the globe, the race is on to develop a vaccine against the virus. Now, such a feat may be in sight; researchers have completed a second round of preclinical trials of a Zika vaccine, and results show it offered complete protection against the virus in monkeys. 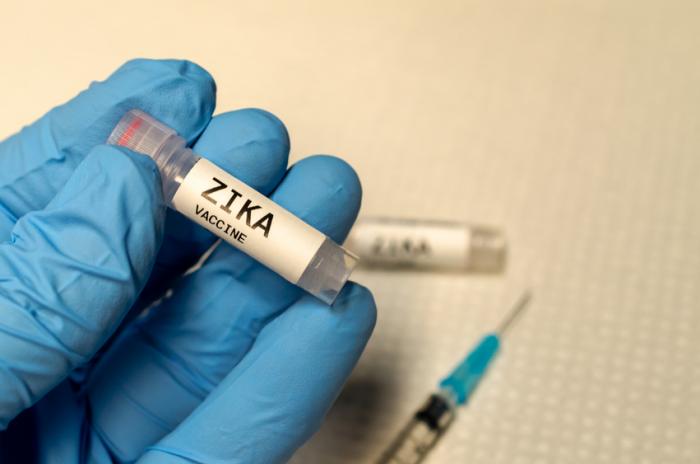 Co-lead author Col. Nelson Michael – director of the Military HIV Research Program and Zika Program at the Walter Reed Army Institute of Research (WRAIR) – and colleagues publish their findings in the journal Science.

Zika is a virus belonging to the genus flavivirus, and it is most commonly spread through the bites of infected Aedes aegypti and Aedes albopictus mosquitoes.

According to the World Health Organization (WHO), as of July 27, 2016, 50 countries and territories across the globe have reported a first outbreak of mosquito-borne Zika virus transmission since last year.

The U.S. is the most recent country added to the list; last week, the Centers for Disease Control and Prevention (CDC) confirmed mosquito-borne transmission of the virus in Wynwood – a neighborhood of Miami, FL.

Symptoms of Zika may include fever, rash, joint pain, conjunctivitis, muscle pain, and headache, though many people infected with the virus experience no symptoms at all. If symptoms do arise, they normally only last for up to 1 week and rarely warrant a hospital visit.

For pregnant women and their babies, however, Zika can have very serious consequences.

Since the Zika outbreak in Brazil in May last year, the country experienced a surge in cases of microcephaly – a birth defect in which a baby is born with a smaller-than-normal head.

Further investigation confirmed that Zika infection is a cause of microcephaly, and as a result, the WHO declared this association a Public Health Emergency of International Concern in February of this year.

At present, there is no vaccine for Zika; the only ways to lower risk of infection are to avoid traveling to infected areas, avoid mosquito bites, and to use condoms during sexual intercourse, which can reduce sexual transmission of the virus.

But the new study offers hope, after revealing the development of a vaccine called ZIKV purified inactivated virus (ZPIV) that has so far offered full protection against two strains of Zika virus in monkeys.

Previous research from Col. Michael and colleagues demonstrated high efficacy of the ZPIV vaccine – which was developed by WRAIR researchers – in mice infected with Zika virus.

The new study builds on those findings, demonstrating efficacy in nonhuman primates, whose immune system responses to vaccines more closely resemble those of humans.

For this latest research, the team administered the vaccine to rhesus macaque monkeys.

In the 2 weeks following their first vaccination, the monkeys showed binding and neutralizing antibodies for the virus, and levels of these antibodies increased further with a second vaccine dose administered at 4 weeks.

The researchers then infected the monkeys with the Zika virus. On analyzing the blood, urine, and other secretions from the nonhuman primates, the team could find no detectable Brazilian or Puerto Rican Zika strains, meaning the vaccine offered complete protection against the virus.

Additionally, the ZPIV vaccine did not lead to any adverse effects in the monkeys.

Based on these and previous results, the team believes the ZPIV vaccine will enter phase I clinical trials later this year.

“Results from both mouse and nonhuman primate testing are encouraging and support a decision to move forward with our U.S. government, industry and regulatory partners to advance our ZPIV vaccine candidate to human trials.

It builds on technology WRAIR developed and successfully applied to other flavivirus vaccines. We hope that by leveraging a proven technology we increase our chances of developing a safe and effective Zika vaccine.”

Col. Michael hails WRAIR’s collaboration with researchers from Harvard Medical School and the Beth Israel Deaconess Medical Center – both in Boston, MA – for the speedy completion of preclinical trials for ZPIV.

“We will leverage WRAIR’s research capabilities and expertise in flavivirus countermeasures to swiftly develop an effective Zika virus vaccine working with our academic and government partners,” he adds

Read about a study that claims the Zika epidemic will be over in the next 2-3 years.