Hot flashes and night sweats are common symptoms of the menopause; most women experience them around the time of their last period. However, a significant minority of women do not have these symptoms. For the first time, researchers investigating whether genes might be a factor have discovered over a dozen common genetic variants that appear to have strong links to menopausal hot flashes in women. If further studies confirm the findings, they could lead to new treatments. 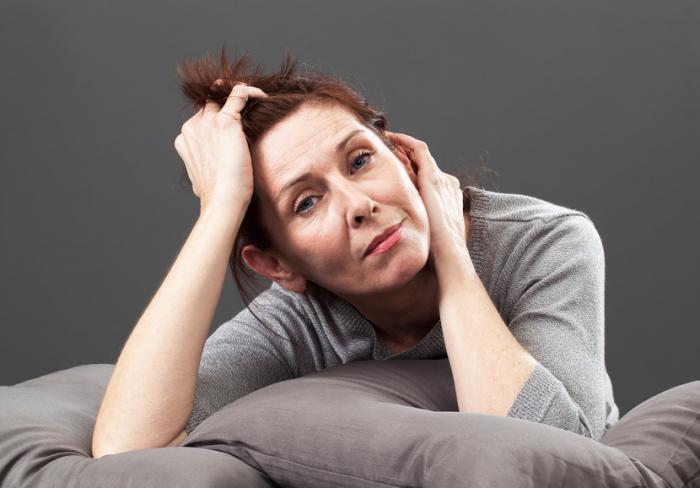 Menopausal hot flashes can be frequent and intense at first, and often improve with time.

The researchers, led by a team from the University of California-Los Angeles (UCLA), report the findings in the journal Menopause.

The gene variants they found to be linked to menopausal hot flashes affect a receptor in the brain that controls the release of estrogen. The receptor is present in women of all ethnicities.

“No previous studies have focused on how variants in women’s genes may be linked with hot flashes, and these results were highly statistically significant.”

Many women start getting hot flashes around the time of their last menstrual period. They can be frequent and intense at first, and often improve with time.

Women typically describe hot flashes as sudden waves of heat that start in the chest, face, and back of the neck, before spreading to the rest of the body. They last for about 3 minutes, can be accompanied by a feeling of the heart racing, and can be followed by feeling chilly.

Scientists believe waning hormone production by the ovaries during menopause affects women’s body temperature regulation, but they are not sure exactly what causes hot flashes.

There are suggestions that hot flashes are probably triggered in the part of the brain that regulates body temperature.

If body temperature rises too much, a process called vasodilation kicks in that dilates blood vessels to allow the body to cool down. This is felt as a hot flash.

In their paper, Prof. Crandall and colleagues note various factors such as ethnicity, greater body mass index (BMI), smoking, anxiety, and depression have been linked to a higher risk of frequent hot flashes and night sweats. However, genetic links have remained unclear.

For their study, the team examined data from the Women’s Health Initiative. Their sample included 17,695 postmenopausal women aged 50-79 who had provided DNA samples and information about experiencing hot flashes and night sweats.

The researchers examined over 11 million “single-nucleotide polymorphisms” (SNPs or “snips”) sampled across the women’s entire genomes. An SNP is a difference in a single building block or nucleotide in a DNA sequence – akin to a different spelling of a word by changing a letter.

They found 14 common variants were linked to reported experiences of hot flashes. All of the variants were in a part of chromosome 4 that encodes a receptor involved in controlling the release of the female hormone estrogen. The receptor is called tachykinin receptor 3.

Women with mutations in that particular receptor are infertile. However, this is the first time that a human study has linked variants in the genetic code for the receptor to hot flashes, note the authors.

Findings need to be confirmed

Prof. Crandall says the genetic links they found “were similar across European-American, African-American and Hispanic-American women, and they persisted even after we accounted for other factors that might influence hot flashes.”

The researchers point out they could not determine whether other, rarer gene variants may also be linked to hot flashes.

They note that because this is the first human study to find such an association, the findings should now be confirmed in further studies to help improve our understanding of the links between genes and hot flashes.

“If we can better identify what genetic variants are associated with hot flashes, this could lead to novel treatments to relieve them.”