Researchers from the University of Colorado recently through the study found that obese women with anorexia or perhaps the taste is not the same reaction, and this will help develop research or treatment of eating disorders novel therapies, research published in the International Journal of the International the Journal of Eating Disorders. 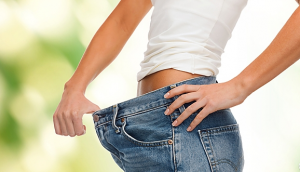 The researchers pointed out that Dr. Frank Guido, the taste of our food intake is the driving force behind the drive, but it is always directly related to brain neurons island in different modes, insula is a primary taste cortex in the brain; researchers conducted the study purpose It is to find out whether abnormal eating habits and brain insula distinguish taste stimuli change is directly related to the body.

Article, the researchers 106 women who were of similar age, when its taste or no taste of sugar water when the researchers performed brain scans of the participants to study the brain insula distinguish different taste modalities and mechanisms. The results showed that compared to control the individual, those individuals with anorexia nervosa or obesity is often difficult to distinguish tasteless water and sugar; Frank said, if you can not distinguish the difference in taste, it will directly affect your diet, while this will also affect the brain’s reward circuit.

The researchers pointed out that these changes have taken place under different levels, such as changes in leptin and other hormones may occur in individual body obesity and eating disorders, which can affect the brain’s response to food, while at the same time, insula recognition decreased ability to taste might change depending on the structure of the brain in a special area, and this can lead to taste different signal processing approaches are changes in brain island.

When the individual’s body weight to achieve healthy levels of these issues will be resolved, of course, the researchers said late also need more in-depth research to reveal why individuals with anorexia and obesity alter food taste mechanism, results of this study for the development of post-treatment diet disorders of the new policy provides a certain foundation and ideas.

According to statistics, obesity incidence of cerebral embolism and heart failure than normal weight doubled, to more than twice the risk of coronary heart disease than normal weight, the incidence of hypertension than normal-weight two to six times more than those with diabetes increased about four times normal, cholelithiasis were higher than normal four – six times more serious is obesity life can be significantly reduced. It is reported that 10 percent of overweight 45-year-old man, whose life than normal-weight to shorten the four-year, with Japan standard mortality statistics show that the percentage of 100%, obesity mortality rate was 127.9%.