Ibuprofen is a medication commonly used to reduce pain and inflammation, but a new study suggests its benefits do not stop there. Researchers have found that the drug may also reduce the risk of death from lung cancer among former and current smokers. 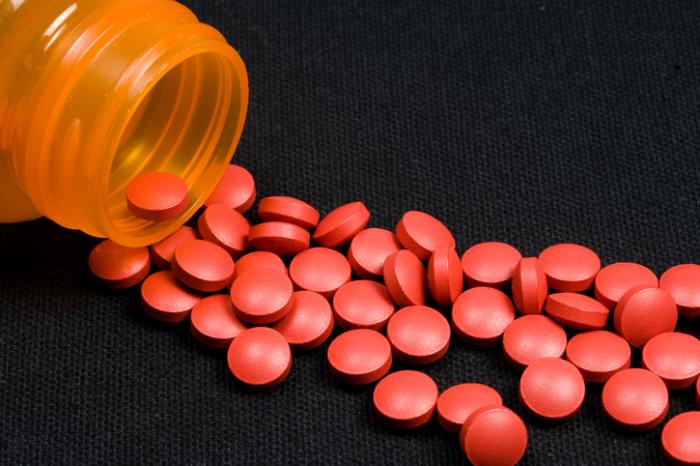 Regular ibuprofen use may lower the risk of lung cancer death for people with a history of smoking.

Lung cancer is one of the most common cancers in the United States, accounting for around 14 percent of new cancer cases.

This year, it is estimated that around 224,390 people in the U.S. will be diagnosed with lung cancer, and more than 158,000 Americans will die from the disease, making it the leading cause of cancer death in both men and women.

According to the Centers for Disease Control and Prevention (CDC), people who smoke are 15-30 times more likely to develop lung cancer or die from the disease than nonsmokers.

Previous studies have shown that chronic inflammation is associated with increased risk of lung cancer. Since ibuprofen is a medication that reduces inflammation, Dr. Bittoni and colleagues set out to investigate whether the drug might benefit people with a history of smoking

To reach their findings, the team analyzed the data of 10,735 adults who were part of the Third National Health and Nutrition Examination Survey (NHANES III), enrolling between 1988-1994.

Subjects’ smoking status, use of ibuprofen and other nonsteroidal anti-inflammatory drugs (NSAIDs), and information on other lifestyle factors were gathered at study baseline.

Participants were followed-up for an average of 18 years, and the researchers pinpointed their cause-specific mortality status using data from the National Death Index up until 2006.

The researchers used Cox proportional hazards regression models to estimate how NSAID use was associated with the risk of lung cancer death.

During follow-up, 269 of the participants died from lung cancer, of whom 252 had a history of smoking.

Because the vast majority of lung cancer cases were among past or current smokers, the team also calculated the effects of NSAIDs in a further sample of 5,882 adults with a history of smoking.

Overall, the team found that former or current smokers who regularly used ibuprofen were 48 percent less likely to die from lung cancer than those who did not use the drug.

The link between lung cancer death risk and the use of aspirin – another common NSAID – was not statistically significant, the authors report.

Quitting smoking and adopting a healthy lifestyle remain the best ways to lower lung cancer risk. However, Dr. Bittoni and colleagues believe their findings suggest regular ibuprofen use might be valuable for some people.

“These results suggest that regular use of certain NSAIDs may be beneficial for high-risk subgroups of smokers as a lung cancer prevention strategy.”

Read about a study that finds no level of smoking is safe.

The Water Potential Of Cancer-Causing Chemicals

9 Diabetes Super Food And How To Prepare For Them