A new study reveals an important molecular clue about how inflammation may lead to prostate enlargement or benign prostatic hyperplasia. The researchers believe their discovery may also lead to ways of overcoming resistance to androgen-targeted treatment for the condition. 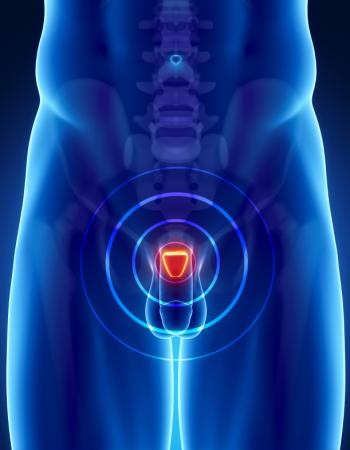 Enlarged prostate or benign prostatic hyperplasia (BPH) is a common condition in older men where the prostate gland is enlarged and not cancerous.

As the prostate gland enlarges, it presses against and pinches the urethra, the tube that allows urine to leave the bladder. Also, the bladder wall gradually thickens and the bladder may get weaker and lose the ability to empty completely.

Symptoms of BPH include increased frequency of urination, an urgent need to pee, trouble starting a urine stream, pain after urination or ejaculation, dribbling at the end of urination, and having to get up often in the night to pee.

Treatment options for BPH may include lifestyle changes, medications (such as androgen-targeted therapy), minimally invasive procedures, and surgery.

How BPH happens is still open for debate. Some evidence points to inflammation as a cause, but there is little understanding of the underlying molecular mechanisms.

The new study, led by Baylor College of Medicine in Houston, TX, and published in the journal Molecular Cell, reveals a molecular mechanism involving the androgen receptor in prostate cells that may explain how BPH arises from inflammation.

Role of androgen receptor in homeostasis

At first, the team was investigating the role of the androgen receptor in helping epithelial cells of the prostate gland balance their functions to work properly – a process called homeostasis.

Epithelial cells are the cells that form the lining of cavities and surfaces of blood vessels and organs in the body.

The androgen receptor allows the cells to respond to androgens, hormones that influence the development of the male reproductive system.

Other studies have already looked at the role of the androgen receptor in the prostate by deleting in the gland’s epithelial cells, but the researchers behind the new study were not happy with those results.

Senior author Li Xin, associate professor of molecular and cellular biology at Baylor, says there are two reasons why they were not happy with the previous animal studies.

The first reason is, because they deleted the receptor in the cells before the animals reached puberty, those earlier studies did not clarify whether the results came from the androgen receptor’s effect on development or on homeostasis.

The second reason was, since the previous studies deleted nearly all the receptors, they made it difficult to determine whether their results came from direct or indirect effects from loss of androgen receptors.

For their study, Prof. Xin and colleagues used genetically engineered mice bred to the adult stage. They also only deleted androgen receptors in a fraction – not all – of the prostate epithelial cells.

When they carried out their experiments in this way, they discovered a chain of events that they believe helps to explain how inflammation and cell proliferation interact to give rise to BPH, as Prof. Xin explains:

The team saw that the inflammation molecules boosted the recruitment of immune cells – especially macrophages and T-cells – into prostate tissue. These then released more cytokines, which summoned more immune cells, and so on.

One of the cytokines, IL-1, also triggers release of growth factors that boost cell proliferation in the prostate tissue.

Thus, their work shows that deleting the androgen receptor sets off an inflammation response that boosts cell proliferation, says Prof. Xin, explaining that in the process, “some luminal cells that rely on androgen signaling for their survival will die, but, at the same time, the chain of events creates a signal that promotes luminal cell proliferation.”

However, Prof. Xin also notes their findings do not rule out that inflammation can influence androgen receptor expression. “It is possible that this is a vicious cycle,” he adds.

An unexpected benefit of the findings is they may help improve outcomes of androgen-targeting therapy – used in the treatment of BPH and prostate cancer. The goal of the therapy is to deplete androgen and thereby starve cells that need the hormone to survive.

Learn how a new procedure shows promise in reducing nighttime waking in men with BPH.