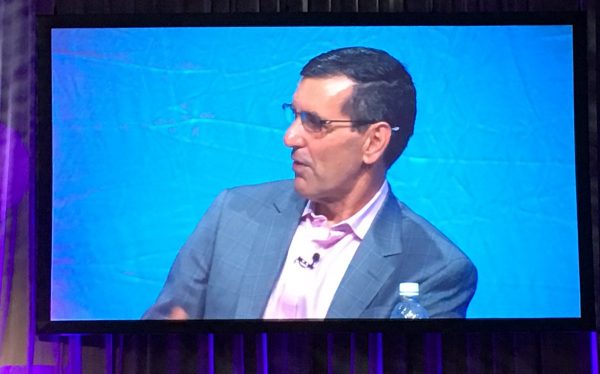 Lots of people in healthcare are throwing around the words “data analytics” these days. What those words boil down to in terms of healthcare got a little creepy for some of the folks who attended the Mayo Transform 2016 conference this week in Rochester, Minnesota.

They learned that health insurance giant Humana has been categorizing patients into about 15 different personality types to help determine how to target their care and what the company sells them. It’s like retail consumer behavior analytics applied to healthcare, and Humana CEO Bruce Broussard is OK with that.

“Those personas are no different from consumer packaging with personas of how people engage, or make decisions or some other mechanism around their product or service,” Broussard explained. “We continuously refine them as we learn more, but they are important as we figure out how we can help people in their needs, and everybody’s different.”

Broussard summed up what many of the conference’s big thinkers were saying, and personalized it to his own family’s situation. His 77-year-old father, Willie, hadn’t seen a primary care physician in nearly a decade before being diagnosed recently with bladder cancer. Although the older Broussard quit smoking 30 years ago, that habit contributed to his current condition. He also still works, and likes to walk his dog, Sam, every day at 8 a.m.

Willie Broussard would probably fall into Humana’s “stubborn” category, his son admitted in an interview later. Other than that, the healthcare system doesn’t know the older man’s interests, his schedule or the best way to approach someone like him because it is not motivated to know him, Bruce Broussard added.

Healthcare is increasing access to patient information with the expansion of remote monitoring and telehealth, but the system needs to put that information to work in ways that are more personalized, Broussard told Mayo Transform attendees.

“Healthcare is viewed as, ‘Everyone is the average and no one is personalized,’ so being able to engage with my dad about his dog and his job is much more effective than saying, ‘Hey, we need to set your appointment up,’” he said. “Having more knowledge and treating and caring in the way that [patients] want to be treated and cared for is what we’re trying to get established.”

Humana has been categorizing patients into personality groups for about two years, Broussard said. The categories include “control seeker,” “follower,” “health nut” and others that Broussard did not divulge. He did allow that the company does not share that information with patients, prompting audience murmurs and a question about transparency — a popular topic at the conference.

In the interview, he also declined to discuss Humana’s proposed $37 billion merger with Aetna. That deal hit a roadblock in July when the U.S. Department of Justice sued to block it. Broussard also declined to comment what’s causing the exodus of payers from Affordable Care Act insurance exchanges.

However, Broussard did talk about the types of partnerships Humana has entered to break down healthcare silos to improve management of chronic diseases. The company has seen a 20 percent increase in customer satisfaction, quality outcomes and cost reductions from those collaborations, he noted.

Humana offers pharmacy benefit management and has partnered with pharmaceutical and medical device companies. Some of the device makers supply technology to monitor insulin levels and heart conditions, as well to predict patient falls. In diabetes, Humana is working with Omada Health, a San Francisco digital behavioral medicine company.

All these efforts help the insurer move toward personalized, holistic care, Broussard said. The company has set goals in value-based reimbursement to providers and in breaking down the healthcare “silos” that impede data flow, he added.

In Medicare Advantage, for example, Humana wants to have 75 percent of members in value-based payment models by the end of 2017. Today, it’s at 61 percent.

New technology enables providers to personalize healthcare, but some fear that payers’ scrutiny of reimbursement for that technology will dampen innovation. The answer lies in who pays for the innovation, according to Broussard.

“If we fund innovation, which we do at times, the consumer ultimately pays for it,” he said. “I think the debate in healthcare is, the public is going to have to fund some innovation that’s more long-term through grants and other mechanisms like that, while in the shorter term, the companies that are bringing out products are going to have to be more oriented to cost and effectiveness.”

Medical technology companies that prove that their devices are making marginal improvements in costs to the healthcare system will be well rewarded, he said.