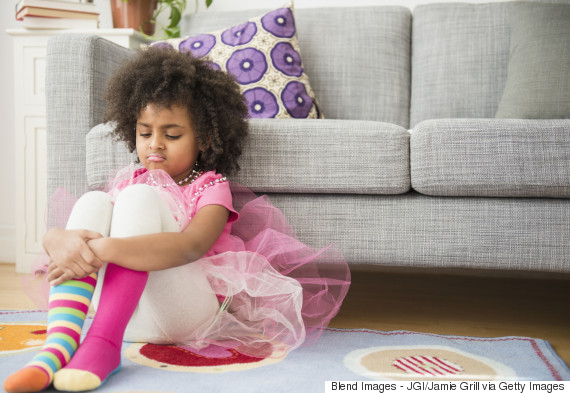 Sigh if this has happened to you: You’re heading out the door, feeling reasonably upbeat — your outfit is cute, the weather is sunny. And then, wham! Your husband asks, “Why do you look so tired?” You forgot your phone. Oops, it’s dead. And now you’re late. A rotten mood builds. Though you’re aware of what’s happening, you can’t stop it.

It’s probably not much comfort to know that bad moods are having a moment: Americans reported record high levels of negativity about the future in an NBC-Wall Street Journal poll. “If things look uncertain, there’s no question that people will be crankier than normal,” says Jair C. Soares, M.D., director of the University of Texas Center of Excellence on Mood Disorders. Kicking it up another notch is the amplification of social media (ISIS! Ebola!): “The 24/7 media frenzy of contemporary life makes people even more apprehensive,” Soares notes.

Meanwhile, we’re in one of the least perky times of year, which wears on some of us more than others. A study published in the journal Emotion found that inclement weather can make a person’s foul mood even worse. It sure doesn’t help when someone tells you to cheer up. “You’re not getting any empathy,” points out psychologist Guy Winch, Ph.D., author of Emotional First Aid, “and that only makes you feel annoyed.”

If reading this has upset you, take heart: “It’s important to have emodiversity — a variety of negative and positive feelings,” says June Gruber, Ph.D., assistant professor of psychology at the University of Colorado, Boulder. If we’re never out of sorts, we can’t fully appreciate the sweetness of happiness. That said, nobody wants a terrible, horrible, no good, very bad day. The key to keeping it cheerful: Squash that snit before it starts.

Here’s how to tame your bad-mood triggers:

Psychologists believe that we’re wired to react more strongly to crummy happenings than pleasant ones — that on-the-edge feeling lingers as a primitive form of self-protection. And a combination of nature and nurture makes some of us moodier types. “Think of emotional resilience like an immune system,” Winch says. “There are people who tend to have a stronger one than others.” We’re also likely to model our parents’ reactions, so if Dad flipped out about small stuff like misplaced keys, you may have the same tendency.

Once you’re sulky, that state spirals; grouchy people view events through tunnel vision, finds research in The Journal of Neuroscience. Subjects were hooked up to an MRI and shown pictures of faces superimposed over images of houses. Those in meh moods only took in information about the face; happier folks could also remember the surroundings. Per the lead study author, good moods “enhance the literal size of the window through which we see the world.”

When certain irritations are repeated enough, they turn into triggers that set us off even when things aren’t so bad, Winch says, “because they create a kind of emotional wound.” If you’ve dealt with a lot of computer crashes, for example, then even just Chrome quitting on you could be maddening. And watch out if the colleague in the next cubicle is a grump; a University of Notre Dame study showed that negative thinking can be passed along from one person to another, like the flu. We copy one another’s nonverbal cues, including frowns and grimaces, then internalize them.

What to do: To help prevent a dour mood from brewing into a storm, take a walk or try another change of environment to stop the cycle of rumination, Gruber suggests. Or focus on doing just one thing, like crafting or cooking; a recent Harvard University study found that bad moods were most apt to strike when the subject’s mind was wandering. If you’re in danger of being infected by a grouch, make like a public health expert and contain it. “When someone is complaining, you can say, ‘It sounds like that was very hard for you,’ and do not engage,” says New York City psychologist Paulette Sherman. Instead, go find someone perky: A Harvard and University of California, San Diego study concluded that if a nearby friend is happy, you have a 25 percent higher chance of feeling brighter.

Deal with your no-sleep situation. 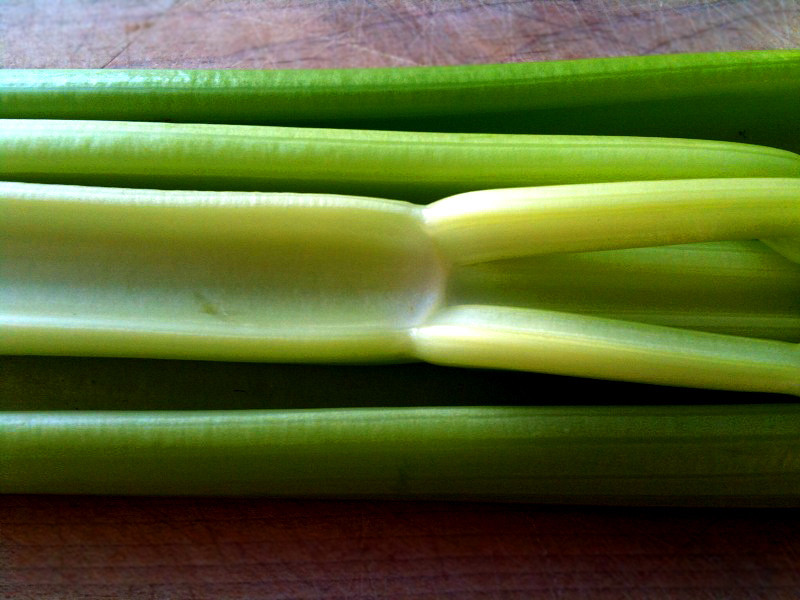 The number of Americans who get eight hours of shut-eye is at an all-time low, per a Gallup poll — so it makes sense that crankiness may be at an all-time high. Our average is 6.8 hours a night, but it’s not just quantity that’s lacking — quality is compromised by our inability to surrender our smartphones and tablets until our heads hit the pillow. A survey by the marketing agency Rosetta found that 68% of tablet owners use the device in the bedroom. Yet a growing pile of studies assert that the blue light from gadgets ramps up our alertness and disrupts our circadian rhythms.

Why does sleep deprivation make us snappish? The emotional part of the brain, the amygdala, is much more active when deprived of sleep, finds a study by Matthew P. Walker, PhD, director of the Sleep and Neuroimaging Laboratory at the University of California, Berkeley. Normally, the more rational prefrontal cortex would put everything into context — but when the brain is sleep-addled, this relationship breaks down. Suddenly, your responses are less controlled—and you wig out when someone cuts in front of you in the ATM line.

Adding to the problem is our belief that we can power through fatigue, which only brings on more bad moods. Walker compares this mind-set to that of drunk drivers. “After five drinks, they may think they’re fine to drive home, but they’re markedly impaired in their brain function,” he says. “The same is true of sleep: When people regularly get less than seven hours, we can measure significant cognitive impairment.”

What to do: For sounder sleep, power down gadgets an hour before bed. If you keep your iDevice in your bedroom, apply a blue-light protector film over the screen. Mega-texters, take note: A new study from Washington and Lee University in Lexington, Virginia, found that higher levels of texting were directly associated with more sleep problems (likely from being too wired, literally and figuratively).

Swiss researchers have discovered this not-sexy-but-effective tip for better slumber: Wear socks to bed. When your body has to work to redistribute heat from your core to the extremities, the process upsets the natural release of the sleep-giving hormone melatonin. Or try the “quiet ears” technique from the University of Maryland’s Sleep Disorders Center: Lie on your back with your eyes shut. Place your hands behind your head and put your thumbs in your ears so you close the ear canal. Listen to this soothing, rushing sound and off you go to dreamland. The morning after a night when you’ve skimped on rest, do a few minutes of meditation; it has been shown to boost energy and dampen the production of stress hormones.

Anxiety has the unfortunate habit of also making you crotchety. It’s similar to toddler behavior, Dr. Soares says: “Getting worked up overstimulates our minds, and it’s hard to come down.” One Swiss research team recently unearthed the key connection between frayed nerves and bad moods: When triggered by stress, an enzyme attacks a synaptic molecule in the brain that usually regulates mood.

What to do: Prevent that giant list of to-dos from freaking you out: “Research shows that just jotting down quick ideas for tackling things is enough to eliminate mental nagging and improve your mood,” Winch says.

Of course, exercise is the magic bullet for stress reduction. Even moderate workouts help spur the release of brain-derived neurotrophic factor (BDNF), reversing the negative effects of stress. Hanging outdoors is another good idea: An analysis of 10 studies published in the journal Environmental Science & Technology found that people’s stress levels dropped if they walked in a natural setting, like a park.

Also consider the tea cure; a study in Psychopharmacology found that downing a few cups of black tea daily lowered people’s cortisol levels (a hormone tied to stress) by 47 percent. If nothing else, popping a piece of gum in your mouth may help, according to a recent study that found that keyed-up people had lower saliva levels of cortisol after chewing gum.

There’s a reason you get prickly when your stomach has been empty for too long: Skipping meals causes fluctuations in serotonin, the brain chemical responsible for mood balance. When your blood sugar plummets, loved ones may suffer along with you (as your partner might well know): A new study of married couples from Ohio State University found that people with low blood sugar were much more likely to get angry at their spouse.

Refined sugar is another crabbiness culprit. That vending-machine candy bar will spike your blood sugar—then plunge both it and your mood lower. Down too much sugar and the brain’s reward system goes through withdrawal if you don’t give it a constant supply, says Nicole Avena, Ph.D., assistant professor at the Icahn School of Medicine at Mount Sinai in New York City. “The resulting ‘sugar rage’ looks like what you’d see if there was an addiction to something like nicotine,” she says. “There have been lab studies on rats who eat sugar where the rats will actually bite investigators when they take it away because they’re so angry.”

What to do: Eat every three to four hours or so if you’re prone to food mood swings, choosing unprocessed foods as much as possible. Regularly nosh on good-mood foods. Stick with your resolve to avoid trans fats; researchers at the University of California, San Diego have discovered a link between trans fats and irritability (it’s been shown that they interfere with the production of mood-stabilizing omega-3s). Oh, and if you need to have a difficult conversation with your mate, it couldn’t hurt to first have some protein. Major issue? Break out the porterhouse steaks.

Head over to Health.com to read more about how to prevent a bad mood.

More from Health.com:
12 Worst Habits For Your Mental Health
11 Surprising Health Benefits Of Sleep
13 Ways To Beat Stress In 15 Minutes Or Less

How To Beat A Bad Mood originally appeared on Health.com

How Happiness Influences Our Health, In One Chart

Here’s A Very Good Reason To Embrace Your Age

What It Really Takes To Be Happy