Working night shifts disrupts the body’s circadian rhythm, which a number of studies have found may raise the risk of cancer development. Now, researchers have shed light on the mechanisms behind this association. 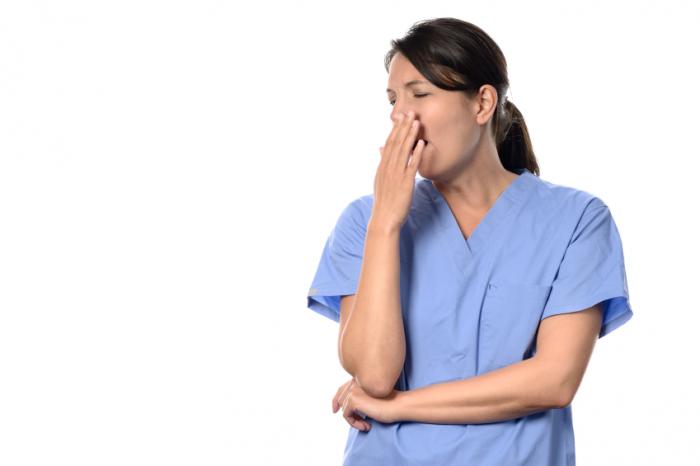 Researchers have shed light on how shift work may increase cancer risk.

Scientists from the Massachusetts Institute of Technology (MIT) reveal that disruption to the circadian rhythm also leads to the impairment of two tumor suppressor genes, which can spur tumor growth.

Around 15 million people in the United States work night shifts or other irregular schedules, which studies have shown may have negative implications for health.

A study reported by Medical News Today last year, for example, found a link between rotating night shift work and increased risk of death from cardiovascular disease, lung cancer, and all causes.

Shift work interferes with the body’s circadian rhythm – the approximate 24-hour cycle that regulates when we go to sleep and when we wake up, primarily in response to light and dark in the environment.

The body’s central circadian rhythm, or “master clock,” is made up of around 20,000 nerve cells in the brain, which are collectively referred to as the suprachiasmatic nucleus (SCN).

Situated in the hypothalamus, the SCN receives information about light and dark levels from the retina of the eyes, and this information is sent to the body’s cells.

Papagiannakopoulos and colleagues describe two genes within cells that play a role in circadian clock regulation: Bmal1 and Per2.

Bmal1 is responsible for activating Per2. Upon activation, Per2 switches on a number of biological processes regulated by circadian rhythm, including cell division and metabolism, which the team points out are two hallmarks of cancer.

The researchers note that the proteins encoded by these genes usually fluctuate throughout the day, but these fluctuations diminish if light and dark cycles are disrupted.

“Cells need the light cue, which is like a reset button for the clock. When you lose that cue, you lose the normal rhythms in every cell in your body,” explains Papagiannakopoulos.

For their study, the researchers looked at how disruption to light and dark cycles affect Bmal1 and Per2 gene activity, and how this might influence cancer development.

To reach their findings, the team genetically modified mice to develop non-small cell lung cancer, which is a form of lung cancer that accounts for around 80-85 percent of all cases.

The mice were divided into two groups. Each group was exposed to different light/dark schedules, and the team analyzed the rodents’ gene activity and tumor growth.

The researchers note that the jet lag schedule simulated the circadian rhythm disruption that humans experience when working night shifts or traveling through different time zones.

Bmal1, Per2 disruption leads to build-up of cancer-promoting protein

Next, the researchers “knocked out” the Bmal1 and Per2 genes from mice and exposed the rodents to normal light/dark schedules. This, too, led to more rapid tumor growth.

“If you disrupt these genes in every cell of the body, the light cues that you normally receive do not apply,” notes Papagiannakopoulos. “It’s a way of taking a molecular hammer and just breaking this clock.”

On further investigation, the researchers found that the Bmal1 and Per2 genes regulate when the production of a protein c-myc occurs. This protein is known to promote cancer growth.

The team explains that when these genes are disrupted, c-myc builds up, which triggers a rise in cell metabolism, growth, and division. This can fuel cancer development.

Further supporting their findings, by analyzing human lung tumor samples, the researchers identified significantly lower levels of Bmal1 and Per2 gene expression, as well as lower expression of other genes that regulate circadian rhythm.

The authors say their findings shed light on how shift work and other factors that disrupt the circadian clock may lead to cancer development:

“We demonstrate that both physiologic perturbation (jet lag) and genetic mutation of the central circadian clock components decreased survival and promoted lung tumor growth and progression.

Our findings demonstrate that both systemic and somatic disruption of circadian rhythms contribute to cancer progression.”

Papagiannakopoulos now plans to investigate whether cancer cells in which circadian-clock regulating genes are impaired possess vulnerabilities that could be targeted with drugs.

Additionally, he wants to assess how disruption to the circadian rhythm may influence the development of other forms of cancer.