Researchers may be one step closer to developing new drugs that can stop cancer in its tracks, after discovering a protein that is essential to the spread of the disease. What is more, dietary fat appears to work with this protein to exacerbate the spread of cancer cells. 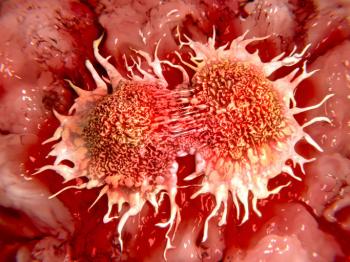 Researchers have discovered a protein that is key to the spread of cancer.

Lead investigator Prof. Salvador Aznar Benitah, of the Institute for Research Barcelona (IRB) in Spain, and colleagues recently published their findings in the journal Nature.

This year, it is estimated that more than 1.6 million people in the United States will be diagnosed with cancer.

While an increasing number of people are surviving the disease, almost 600,000 Americans are expected to die from cancer in 2016.

The earlier the disease is diagnosed, the greater the chance of successful treatment. Once cancer has spread to other areas of the body – a process known as metastasis – it can be much harder to control and treat.

In metastasis, cancer cells break away from the primary site – where the tumor is first formed – and migrate to other areas of the body through the bloodstream or lymph system, where they form new tumors.

While metastasis is known to be a main cause of cancer death, the precise mechanisms behind it remain unclear, making the development of new drugs that can halt the disease hugely challenging.

In the new study, however, Prof. Benitah and team unveil the discovery of protein that plays a key role in cancer metastasis, a finding that could bring anti-metastatic therapies well within reach.

For the study, the researchers first analyzed metastatic and non-metastatic cells taken from the tumors of patients with different cancers, including oral cancer, melanoma, ovarian cancer, bladder cancer, lung cancer, and breast cancer.

In metastatic cells, the team identified overexpression of a protein called CD36. When this protein was added to non-metastatic cancer cells, they started to metastasize, confirming the role of CD36 in the spread of cancer.

“Although we have not yet tested this in all tumor types, we can state that CD36 is a general marker of metastatic cells, the first I know of that is generally specific to metastasis,” says Prof. Benitah.

Next, the researchers set out to investigate how dietary fat might contribute to the spread of cancer. They fed mice a high-fat diet, prior to injecting them with a form of human oral cancer.

The researchers then wanted to see whether the CD36 protein might play a role in increased cancer metastasis in response to dietary fat.

For 2 days, the researchers treated human oral tumors with palmitic acid – a saturated fatty acid present in vegetable and animal fats. They then injected either the treated or untreated tumors into mice with the CD36 protein, all of which were fed normal chow.

The team found that all the mice injected with tumors treated with palmitic acid developed cancer metastasis, compared with only half of the mice that were injected with untreated tumors.

According to Prof. Benitah, this finding suggests a “direct link between fat intake and an increase in metastatic potential through CD36.”

“More studies are needed to unravel this intriguing relationship, above all because industrialized countries are registering an alarming increase in the consumption of saturated fats and sugar,” he adds.

“Fat is necessary for the function of the body, but uncontrolled intake can have an effect on health, as already shown for some tumors such as colon cancer, and in metastasis, as we demonstrate here.”

In the final part of the study, Prof. Benitah and team administered CD36-blocking antibodies to mice with human oral cancer.

The researchers found that these antibodies completely prevented the spread of cancer.

When CD36-blocking antibodies were given to mice with human oral cancer that had already spread, the researchers saw an 80-90 percent reduction in the number of metastatic tumors, and their size was also reduced. In 20 percent of the mice, metastatic tumors were eradicated completely.

The researchers note that the mice experienced no side effects with the CD36-blocking therapy.

Taken together, the authors believe their findings could pave the way for new drugs that could stop the spread of cancer.

“We expect this study to have a big impact on the scientific community and to further advances in metastasis research, and we hope to be able to validate the potential of CD36 as an anti-metastasis treatment. Things like this don’t happen every day.”

The team is now in the process of creating new antibody-based medications to target and block CD36, which they hope will one day help treat a wide range of cancers.

Read about how a diabetes drug could help treat cancer .

High Blood Pressure Cause The Risk Of Cognitive Decline And Dementia