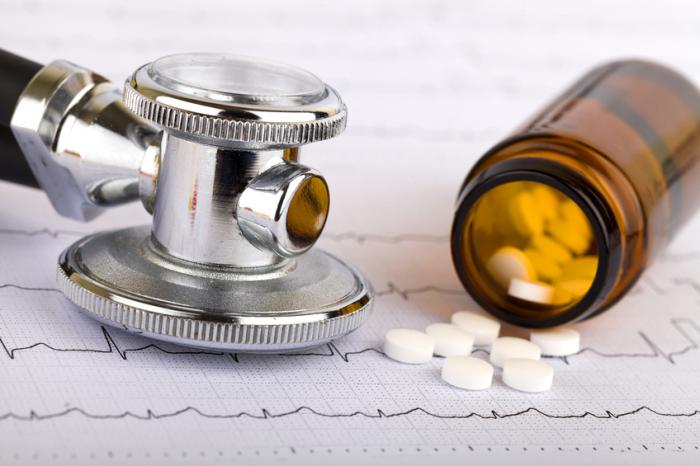 Physicians should consider whether treatment of high blood pressure is having a negative impact on their patients’ mental health, say researchers.

The Institute of Cardiovascular and Medical Sciences and Institute of Health and Wellbeing at the University of Glasgow in the United Kingdom conducted the research.

Depression and cardiovascular disease are major contributors to the global burden of disease. A bidirectional relationship is thought to exist between depression and heart disease due to the functional changes that underlie both conditions.

While there is growing evidence that the pathways that high blood pressure drugs target may play a role in the development of mood disorders – suggesting implications in prescribing these drugs in hypertensive patients who may have an underlying mood disorder – results of the link between the two have been inconclusive.

“Mental health is under-recognized in hypertension clinical practice, and the possible impact of antihypertensive drugs on mental health is an area that physicians should be aware of and consider if the treatment of high blood pressure is having a negative impact on their patient’s mental health,” says study author Dr. Sandosh Padmanabhan, Ph.D., a professor at the Institute of Cardiovascular and Medical Sciences.

University of Glasgow researchers aimed to determine whether high blood pressure drugs impact mood disorder by analyzing patients on different classes of antihypertensive drugs from a hospital database including 525,046 patients with a follow-up of 5 years.

From the database, 144,066 individuals were eligible for inclusion in the study aged between 40-80 years.

Participants were divided into four groups based on the single high blood pressure drug they had been prescribed: angiotensin antagonists, beta-blockers, calcium channel blockers, or thiazide diuretics. The research also included a control group of 111,936 people who were not exposed to any of these four antihypertensive drug classes during the study period.

During the 5-year follow-up, researchers documented hospitalization for mood disorders, such as depression or bipolar disorder. The team began examinations after patients had taken antihypertensive medications for 90 days.

Researchers noted 299 hospital admissions among participants, mainly due to major depression at an average of 2.3 years after medication had started.

When comparing the four most common classes of antihypertensive drugs, investigators found that two drugs were associated with an increased risk for mood disorders, while one drug decreased mood disorder risk.

Dr. Padmanabhan and colleagues identified that people prescribed beta-blockers and calcium antagonists were at twofold increased risk of hospital admission for mood disorders, compared with patients on angiotensin antagonists.

In contrast, patients prescribed angiotensin antagonists had the lowest risk for hospitalization with mood disorders, compared with patients taking other blood pressure drugs and patients on no antihypertensive therapy from the control group.

Patients from both the group prescribed thiazide diuretics and the control group were found to have the same risk for mood disorders.

The team also found that the presence of co-existing medical conditions significantly increased the risk for mood disorders in the 5-year follow-up period.

Potential use of renin-angiotensin system inhibitors for mood disorders

Several interacting biological systems may contribute to the shared mechanisms that increase the risk of mood disorders and cardiovascular disease, such as overactivity of the hypothalamic-pituitary-adrenal (HPA) axis, neuroinflammation, oxidative stress, and endothelial dysfunction. High blood pressure medications may influence the HPA axis in particular.

There is evidence that the renin-angiotensin-aldosterone system – a signaling pathway responsible for regulating the body’s blood pressure – in the brain is involved in cognition, depression, and behavior.

Researchers hypothesize that inhibition of the renin-angiotensin system may have therapeutic potential in mood disorders and suggest that angiotensin-converting enzyme inhibitors and angiotensin-receptor blockers that are used to treat high blood pressure may be effective as new or “repurposed” treatments for mood disorders.

“It is important that these results are validated in independent studies. This is a single-center study, which looked at the risk of the more severe forms of mood disorders requiring hospitalization. It would be important to study the effect of these drugs on minor to modest changes in mood, as these will have an impact on the quality of life among hypertensive patients.”

“Mental health is an under-recognized area in hypertension clinic practice, and our study highlights the importance of reviewing mental health diagnoses and progression,” the authors conclude.

Read about how high blood pressure in children is linked to poorer cognitive skills.

Mri Drug Delivery And Imaging At The Same Time