The risk of cognitive impairment and dementia in later life is increased for individuals with high blood pressure, especially middle-aged adults. This is the conclusion of a scientific statement from the American Heart Association, published in the journal Hypertension. 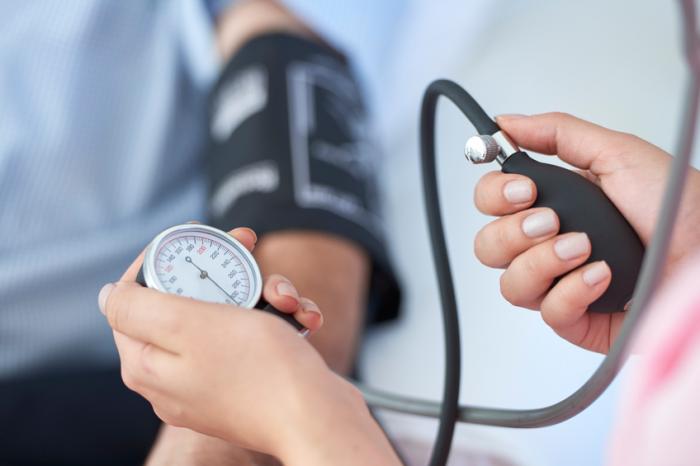 Around 75 million adults – or 1 in 3 adults – in the United States have high blood pressure, or hypertension.

Some well-established complications of high blood pressure include stroke, heart attack, and heart failure. Increasingly, researchers have uncovered strong evidence of a link between hypertension and cognitive decline.

In particular, studies have suggested high blood pressure is a risk factor for vascular cognitive impairment, or vascular dementia – defined as a decline in brain function as a result of impaired blood flow to the brain.

According to the Alzheimer’s Association, vascular dementia is the second most common cause of dementia, accounting for around 10 percent of all cases.

Dr. Costantino Iadecola, statement co-author and chair of the American Heart Association’s writing committee, notes that it is known treating high blood pressure can reduce the risk of associated heart complications, but it is less clear whether such treatment can lower the risk of hypertension-associated cognitive decline.

With a view to gaining a better understanding of the link between hypertension and cognitive impairment, Dr. Iadecola and co-authors conducted a review of studies to date looking at how high blood pressure might affect a range of brain diseases, including stroke, vascular dementia, and Alzheimer’s disease.

From their analysis, the team concludes that high blood pressure interferes with the structure and function of blood vessels in the brain. This causes damage to white matter in the brain that is crucial to cognitive functioning, which may raise the risk of dementia.

Notably, the researchers found strong evidence to suggest high blood pressure in midlife is associated with later-life cognitive decline, though the link between later-life hypertension and cognitive impairment is less clear.

When assessing trials that looked at the effects of antihypertensive medications on cognitive function, the authors found that the evidence of any benefit is uncertain.

“[…] we need randomized controlled studies – which do prove cause and effect – to determine if treating high blood pressure, especially in middle age, will also decrease the risk of cognitive impairment later in life,” he adds.

As such, the authors say they are unable to make any evidence-based recommendations on how healthcare providers should treat high blood pressure in patients with dementia.

Dr. Iadecola hopes the SPRINT-MIND study – a trial funded by the National Institutes of Health that aims to determine how treating hypertension affects cognitive functioning – may help provide more guidance in the future.

In the meantime, the authors say individuals with high blood pressure should continue with their standard treatment.

“[…] judicious treatment of hypertension, taking into account goals of care and individual characteristics (e.g., age and comorbidities), seems justified to safeguard vascular health and, as a consequence, brain health,” they add.

Read about a study that explores how antihypertensive drugs may affect mood disorders.

A recent report from the Centers for Disease Control and Prevention