Being pregnant during a heatwave is far from the most pleasant scenario for a woman, but new research finds such extreme temperatures may do more than make expectant mothers uncomfortable; they could increase the risk of preterm birth. 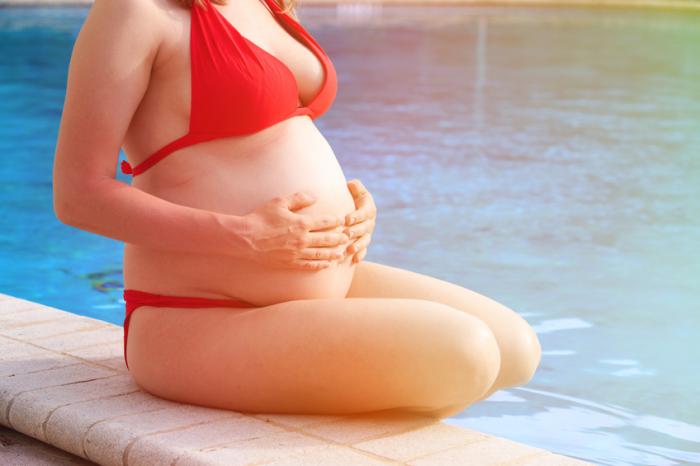 Researchers say exposure to extreme heat or cold during pregnancy may increase the risk of preterm birth.

In a study published in the journal Environmental Health Perspectives, researchers from the National Institutes of Health (NIH) found that exposure to extreme cold or intense heat during pregnancy increased women’s preterm birth risk by up to a fifth.

According to the Centers for Disease Control and Prevention (CDC), in 2014, around 1 in 10 infants in the United States were born preterm – defined as the birth of a baby before 37 weeks of pregnancy.

Preterm birth is the leading cause of infant death in the U.S., and it is also a primary cause of long-term disabilities and neurological disorders, such as cerebral palsy and developmental delay.

There are a number of known risk factors for preterm birth, including a history of preterm delivery, smoking, alcohol, and drug use, and certain medical conditions, such as urinary tract infections and high blood pressure.

Mendola and team reached their findings by analyzing the medical records of 223,375 women from 12 medical centers across the U.S. who gave birth between 2002-2008. All women had singleton deliveries.

These data were then linked with hourly temperature data – obtained from the Weather Research and Forecasting Model – for the regions surrounding each of the 12 medical centers, in order to determine whether temperatures influenced the women’s risk of preterm birth.

Overall, the team found that women exposed to extreme heat throughout the duration of pregnancy were 6-21 percent more likely to give birth at 34 weeks or 36-38 weeks of pregnancy, compared with those exposed to mild temperatures.

The link between extreme cold and preterm birth diminished after 7 weeks, though exposure to extreme heat at 8-14 weeks of pregnancy increased women’s risk of giving birth at 37-38 weeks by 4 percent.

The researchers are unable to conclude why exposure to extreme cold after 7 weeks of pregnancy did not increase preterm birth risk, but they suggest it is because the effects of cold weather are easier to escape – through seeking shelter, for example – while extreme heat is harder to avoid.

While it is unclear why extreme cold and heat appear to affect preterm birth risk, the team speculates that extreme temperatures might impair placental development or blood flow to the uterus, which can trigger early labor.

The researchers say further studies are needed to gain a better understanding of how extreme temperatures raise the risk of preterm birth, though these current findings should act as a warning for expectant mothers and healthcare providers.

“Our findings indicate that it may well be prudent to minimize the exposure of pregnant women to extremes in temperature.”

Read about how breastfed preterm babies could have better neurocognitive outcomes.