Sneezing, stuffy nose, itchy eyes: it’s that time of year when hay fever reaches its peak, causing millions of Americans to reach for the antihistamines. But according to a new study, this seasonal allergy may do more than irritate the eyes and nose; it could alter the brain. 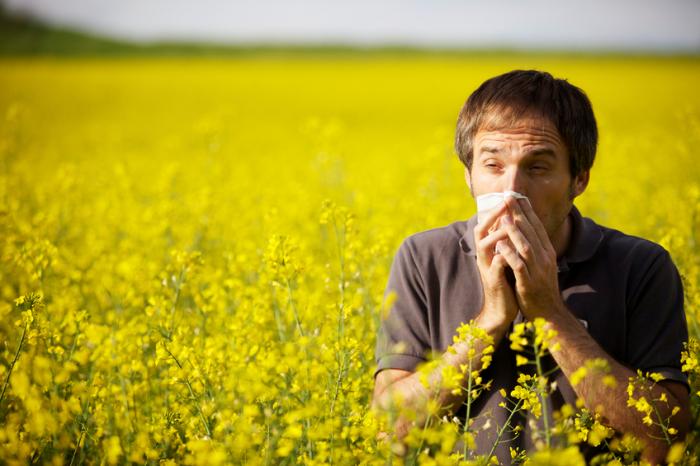 In mouse models of grass pollen allergy, researchers found that exposure to an allergen led to both the development of new neurons – or nerve cells – and reduced activity of immune cells in the hippocampus of the brain.

The hippocampus is the brain region important for memory and learning.

According to the American College of Allergy, Asthma, and Immunology, around 40-60 million people in the United States have hay fever, also known as allergic rhinitis.

Seasonal hay fever usually occurs in spring, summer, and early fall. The condition arises when the body’s immune system becomes sensitized to a number of allergens or irritants, most commonly pollens from grass, trees, and weeds.

Compared with the control mice, the brains of allergic mice demonstrated greater neurogenesis in the hippocampus of the brain when exposed to grass pollen.

What is more, the researchers found that an allergic reaction to grass pollen reduced microglia activity in the hippocampus of the rodents. Microglia are the primary immune cells of the CNS; they are the brain’s first line of defense against pathogens.

“We know that the response of immune system in the body is different in case of an allergic reaction vs. a bacterial infection. What this tells us is that the effect on the brain depends on type of immune reaction in the body.”

The researchers say they are unable to say how these allergy-induced brain changes affect CNS function.

They point out that neurogenesis in the hippocampus normally declines with age, contributing to memory-related disorders such as Alzheimer’s disease, and this study suggests that allergic reaction increases neurogenesis.

“So far, we can only hypothesize that the observed increase in hippocampal neurogenesis may also have functional consequences on long-term potentiation or learning and memory,” the authors note. “For this, further studies including electrophysiological analysis and behavioral tests are needed.”

On the other hand, they speculate that reduced microglia activity in the hippocampus due to allergic reaction could have “detrimental consequences,” particularly if such activity is eliminated for long periods.

“Clearly, more experiments investigating the impact of different types of systemic inflammation on the CNS are needed to further the understanding about the interplay between peripheral immune activation and CNS functions,” the authors conclude.

Learn more about the symptoms and treatments of hay fever.