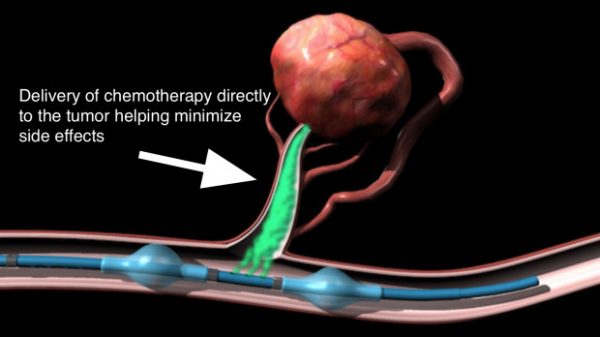 The entrepreneur behind a revolutionary cancer technology is taking the unusual approach of using crowdfunding to raise $500,000 in a bid to get the device back into production and, hopefully, begin saving lives.

The tech in question is an infusion catheter dubbed the IsoFlow and invented by entrepreneur Rob Goldman. Typically, cancer patients are treated systemically with chemotherapy drugs that travel through the body to the source of the cancer. Instead, the IsoFlow connects directly to the blood vessels traveling to cancerous tumors, delivering chemotherapy drugs at the source.

“When I started on this there had been studies on localized delivery,” Goldman said. “But there was no way to effectively deliver the drug to the target.”

Goldman, however, is an unlikely candidate to have invented a medical device that, in a limited number of case studies, has been observed to slow the progression of cancer and make chemotherapy an easier burden for patients. He’s a Silicon Valley tech guy with no medical degree. His interest in finding a new way to treat cancer patients was inspired directly by the story of his sister, Amy Cohen, who was diagnosed with colon cancer in 1998.

Goldman began by reaching out to several doctors at Stanford University Medical Center, trying to figure out what had been tried when it came to chemotherapy, and what a device like an infusion catheter might mean both for doctors treating cancer patients and the patients themselves. 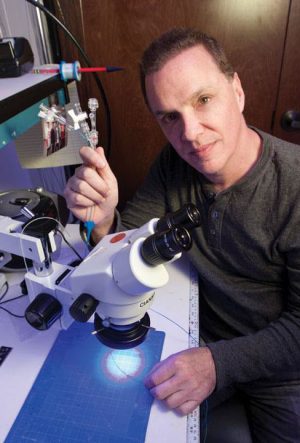 Shortly after his sister’s death in 2003, Goldman formed a San Jose, Calif., company, Vascular Designs, to shepherd the development and initial production of the IsoFlow. Vascular Designs raised more than $3.5 million, including a huge chunk of Goldman’s own money, to design, make, and test the first IsoFlow, which secured marketing clearance from the U.S. Food and Drug Administration as a Class II medical device in May 2009. That was the year Vascular Designs did an initial production run of the IsoFlow catheter.

“We were able to get the product out to the market and to patients,” said Goldman. “But that was family money. Then the economy goes bad. … Our timing was not impeccable with the economy.”

Software dominates the high-profile tech startup world of the Silicon Valley, and funding for medical tech is still small even as the total pool of venture capital dollars has increased. Overall in the U.S., the venture capital going toward medical device innovation has shrunk, accounting for just 4 percent, or $2.4 billion, of a total $59 billion invested by venture capitalists in 2015.

That’s why Vascular Designs decided to launch the IndieGoGo campaign. Money raised from the crowdfunding effort will go toward funding a new production run of the catheter, as well as a slight redesign to make a smaller version of the device so it can be used to treat cancers in hard-to-reach areas of the body.

“[Rob] funded the IsoFlow development almost fully himself, which is why the funding ran out the first time. It wasn’t enough to get this on a global scale,” said Shane Pizzo, who’s managing the crowdfunding campaign. “We’re crowdfunding now with the hope that everyone will want to get involved in this device that might be able to provide a better treatment option to cancer patients.”

If the campaign goes well, re-engineering the device to make it a bit smaller will begin in January 2017. The goal is to complete a production run of the original catheter design by September 2017. The smaller IsoFlow should hit the market by June 2018, though that’s still uncertain. The original IsoFlow was intended for use in patients with liver cancer, of which more than 800,000 people die around the world each year. The company is continuing to explore which types of cancers IsoFlow would prove the most useful treatment option, as are the hospitals with which Vascular Designs will partner when the IsoFlow is back on the market.

“We’re at the very beginning here—you’re catching us at the ground floor,” Pizzo said.

Not quite. After the first IsoFlow production run in 2009, close to 100 patients were treated with the device by doctors at such places as the University of Washington Medical Center and the UC Davis Medical Center, according to Goldman. The goal now is to raise enough to not only get the IsoFlow back into production, but also fund a formal, scientific study of the device to continue proving its efficacy.

“We were doing really well when the device was on the market,” Goldman reflected. “We have treated almost 100 patients, and we didn’t hurt anybody, so we passed the first step. There’s a need for the device.”