Everyone wants to have a good body, so how can we face the sudden cancer. 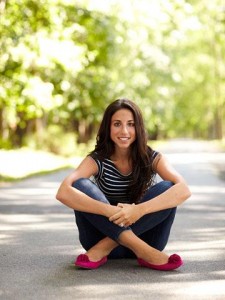 Once a year: Get a mammogram if you’re 40 or older. “Ask for a digital mammogram,” says Sharon Rosenbaum Smith, MD, a breast surgeon at St. Luke’s-Roosevelt Hospital Center in New York City. “It’s computerized, meaning doctors can see more than they can with traditional mammograms.” If you have a family history of breast cancer, consult your MD about the best age to start screening.

About 10 percent of women who get breast cancer have the BRCA1 or BRCA2 gene. The remaining 90 percent of cases are caused by other factors, including lifestyle or environment. “The good news is, you can lower your risk of the disease,” says Sharon Rosenbaum Smith, MD, a breast surgeon at St. Luke’s-Roosevelt Hospital Center in New York City. Start here.

1. Watch your weight. Fat cells release estrogen, a known risk factor for breast cancer. The more you weigh, the greater the odds you’ll develop the disease. “Every 11 pounds you gain as an adult increases your risk of postmenopausal breast cancer by 3 to 5 percent,” says Karen Collins, RD, nutrition adviser to the American Institute for Cancer Research in Washington, D.C.

2. Eat right. Choose a diet that’s low in fat, red meat, and refined sugar and high in fruits and vegetables. “There’s evidence that vitamin D, beta-carotene, and cruciferous vegetables, like broccoli, cauliflower, and Brussels sprouts, may help reduce your risk,” says Shelly Hwang, MD, chief of the division of breast surgery at the University of California, San Francisco. Aim for about 1,000 IU of D daily obtained from foods such as salmon and fortified milk and by taking a supplement.

3. Get moving. “Research shows that even 30 minutes of exercise three times a week is sufficient to reduce risk,” says Megan Baker Ruppel, MD, director of the Comprehensive Breast Care Program at Hollings Cancer Center at the Medical University of South Carolina in Charleston.

4. Go to bed earlier. Women who regularly slept six hours or less a night were 62 percent more likely to develop breast cancer than those who got seven hours, a study found. Experts speculate that melatonin, a hormone produced by the brain during sleep, may interfere with the body’s production of estrogen.

5. Kick the habit. Smoking increases breast cancer risk by up to 30 percent, according to a 2009 meta-analysis of dozens of studies.

6. Think before you drink. If Merlot is your go-to stress reliever, consider taking up kickboxing instead. Drinking even one glass of wine a day is linked to an increased risk of breast cancer, research has shown. Two drinks daily may up your risk by more than 20 percent.