It is no secret that being around friends and family in older age can benefit health; loneliness among seniors has been linked to increased risk of depression, heart disease, and more. According to a new study, however, only family can lower mortality risk in later life. 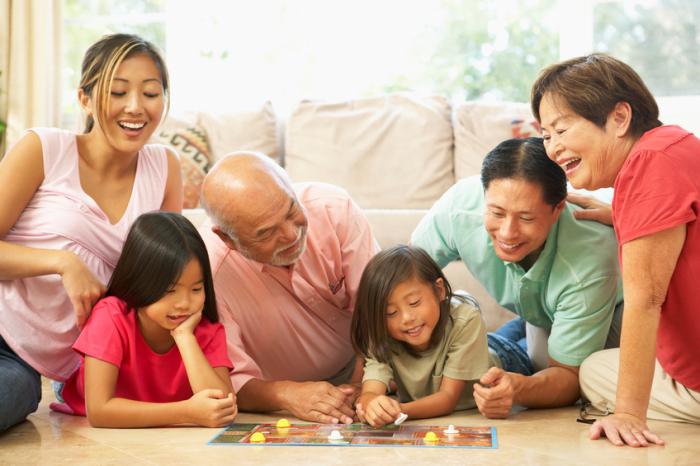 Having more family and feeling closer to relatives in later life may improve longevity.

Lead author James Iveniuk, of the Dalla Lana School of Public Health at the University of Toronto, Canada, and colleagues found that older adults who have more family members and who are closer to their family have a lower risk of death, though the same link could not be made with friends.

The researchers recently presented their findings at the 111th Annual Meeting of the American Sociological Association (ASA) in Washington, D.C.

For example, one study found seniors who have little face-to-face contact with friends and family are at almost double the risk of depression.

As such, it goes without saying that being around friends and family in later life poses significant benefits for physical and mental health, but how does this social contact affect risk of death? This is what Iveniuk and colleagues set out to investigate.

In the first wave, participants aged 57-85 years were asked to list up to five people they felt closest to, as well as report what their relationship was with these individuals and how close they felt to each person. The mortality of the participants was then assessed in the second wave.

The majority of participants were married, were in good physical health, and reported low levels of loneliness, the team reports.

What is more, the researchers found participants who listed more family members than friends as their closest confidants had a lower risk of death during the subsequent 5 years, regardless of their feelings of closeness.

“Regardless of the emotional content of a connection, simply having a social relationship with another person may have benefits for longevity,” says Iveniuk.

He adds that they were surprised by their findings, noting that one might assume friends are more important for mortality because we choose them based on our specific needs.

“But that account isn’t supported by the data – it is the people who in some sense you cannot choose, and who also have little choice about choosing you, who seem to provide the greatest benefit to longevity.”

Marriage important for mortality in older age, regardless of marital quality

They found that being married, having a larger social group, greater participation in social organizations, and being emotionally closer to social contacts were equally important factors for mortality in older age.

The team was surprised to find that marriage was beneficial for mortality, even among subjects with poor marital quality. “We observed no association between measures of support from the spouse and mortality, indicating that the presence of a marital bond may be more important for longevity than certain aspects of the bond itself,” says Iveniuk.

Time spent with friends and family, feelings of loneliness, and access to social support were found to be less important factors for mortality, the team reports.

Overall, the researchers say their findings highlight the importance of good family relationships for a longer life.

“Going back to the very first sociological theorists, many different thinkers have noted that there is some kind of special significance that people attribute to family ties, leading people to stay close to and support people who wouldn’t necessarily be individuals that they would associate with if they had the choice,” says Iveniuk.

Read about a study that suggests divorce is seasonal.

The Height Of The High Political: People Are More Likely To Vote Conservative