Exercise causes beneficial changes to the shape and functioning of our genes, an important stop on the journey to improved health and fitness. However, researchers from the Karolinska Institutet in Sweden find that despite these changes, when regular training stops for a while, muscles retain very little memory of previous training when exercise is resumed. 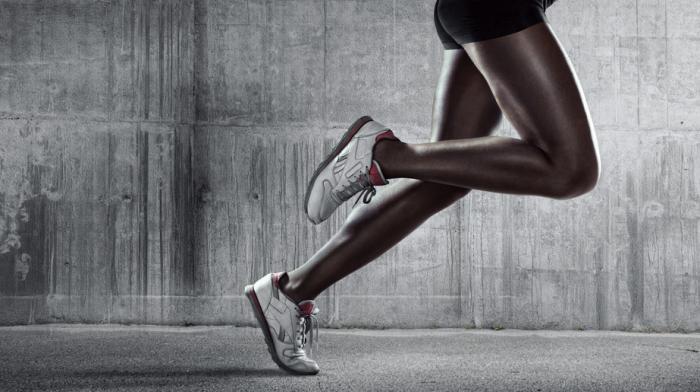 Whatever your age, regular exercise has been shown to help lead a healthier and happier life. Physical activity can reduce the risks of conditions such as stroke, heart disease, type 2 diabetes, and some cancers, as well as prevent and treat obesity and lower the risk of early death.

Exercise can also boost self-esteem, mood, sleep quality, and energy, in addition to reducing the risk of stress, depression, dementia, and Alzheimer’s disease. A decreased risk of osteoarthritis, hip fracture, and falls are also noted in people who do regular physical activity.

While exercise could be considered a miracle cure for some conditions and has many beneficial effects on health and skeleton muscle function, just how exercise induces these positive effects and alters skeletal muscle function on a molecular level is unclear.

Skeletal muscle is the most abundant tissue in the healthy human body, and it is highly adaptable to different environmental stimuli, including regular exercise. Karolinska Institutet researchers aimed to unravel the molecular mechanisms behind adaptation processes in human skeletal muscle.

Gene expression changes in skeletal muscle induced by exercise training are key elements of the adaptation process and were investigated by the team.

Other research has shown that if a standardized exercise program is repeated, these changes are expected to be consistent within an individual. When training stops, most of these changes are believed to be lost.

While some studies suggest that muscle memory mechanisms may be present after exercise, whether there is any skeletal muscle memory at the level of gene expression after endurance training has not been studied in humans.

Additionally, there is a lack of studies investigating effects of repeated training in the same individual, say the authors.

The transcriptome is the total of all the messenger RNA molecules expressed from the genes of a person. RNA is a type of nucleic acid present in all living cells, and RNA molecules are involved in protein synthesis and sometimes in the transmission of genetic information.

Researchers enrolled 23 individuals in training one leg for 3 months. After a 9-month break, 12 of the same subjects trained both legs in a second training period.

With colleagues, Maléne E. Lindholm – of the Department of Physiology and Pharmacology at Karolinska Institutet and first author of the study – obtained skeletal muscle biopsies from both legs of participants before and after each of the training periods and sequenced the RNA to determine gene expression in each sample.

Comparing samples revealed that muscle cells expressed 3,404 genes differently as a direct response to exercise. Many of these genes are associated with ATP production – the biochemical way to store and use energy.

Training also changed the expression of 34 new RNAs that may code for proteins, and 54 genes had functionally similar proteins that were regulated in opposite directions with training, implicating different functions of the same gene in training adaptation.

Despite the multitude of changes influenced by exercise, after 9 months of no training, the training-induced differences were no longer observed between the previously trained and untrained legs.

The study, published in PLOS Genetics, uses the lifestyle intervention of exercise to identify how physical training affects gene expression and gives insight into the mechanisms behind the benefits of regular exercise. The authors say:

“Although there were several differences in the physiological and transcriptional responses to repeated training, no coherent evidence of an endurance training-induced transcriptional skeletal muscle memory was found.”

The evidence challenges the common perception of muscle memory, whereby previous training can affect the response to a future training period.

Physical training-related changes to the activity of part of the genome were found that currently have unknown function. This discovery could help scientists recognize new proteins involved in the positive health effects of exercise.

“Although the results were not conclusive regarding a training-induced muscle memory, we interestingly saw that the repeated training induced somewhat different responses in both legs compared to the leg trained from the beginning,” say Lindholm and team.

“This demonstrates the fascinating biological variance that exists even within a human being; our response to the same environmental intervention can differ from time to time,” they conclude.

Read about how laughter in combination with moderate exercise may improve mental health for seniors.

What A Man For Diet Pills Understand?

Exchange A Soda Water To Reduce The Weight