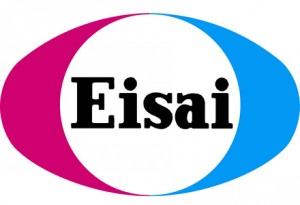 Last year, Lenvima (lenvatinib mesylate) in the Americas, Europe, Japan, for the treatment of differentiated thyroid cancer. So far it has treated about 900 patients in 2016 first quarter sales of 1.3 billion yen (approximately US $ 12 million).

In clinical trials, compared with Afinitor monotherapy group, Lenvima + Afinitor combination group were progression-free survival was significantly prolonged for nine months. Objective response rate of 37%, while the control group was only 6%.

Renal cell carcinoma is a highly malignant tumor mortality, resulting in approximately 100,000 patients each year die, five-year survival rate is about 12%. While most first-line therapy – such as VRGF inhibitor initially could benefit patients in the short term, but eventually the situation will often appear resistant.

According to the analysis estimated that, Lenvima may eventually become annual sales of more than $ 1 billion blockbuster drugs. Renal cell carcinoma is the most common form of kidney cancer type, so to win renal cell carcinoma indications such Lenvima away from the goal one step closer.

Lenvima approved, within this month, Eisai tumor industrial pipelines second pile wedding. Not long ago, Eisai’s Halaven (eribulin mesylate) is approved in Europe, as a second-line treatment for adults with advanced soft tissue sarcoma, which is approved for metastatic breast cancer after the second indication.