Egg donation is a process where an egg, or oocyte, is removed from a fertile woman and donated to another woman in order to help her conceive. It is a part of assisted reproductive technology, or ART.

Donated eggs are typically fertilized in a laboratory. The resulting embryos are then transferred into the recipient’s uterus using a procedure such as in vitro fertilization (IVF).

Alternatively, some or all of the embryos may be frozen for later use, or some may be transferred to other women.

This type of fertility treatment is generally given to women who cannot use their own eggs for various reasons, such as ovarian failure, to avoid genetic defects, or advanced age.

According to the Centers for Disease Control and Prevention (CDC), egg donation has a relatively high success rate. In 2012, over 55 percent of transfers involving fresh embryos from donor eggs resulted in a live birth.

Who can donate eggs? 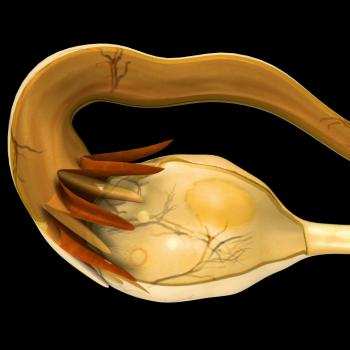 Eggs are taken from a healthy ovary and donated to women who are having difficulty conceiving.

Women of a younger age are preferable. Generally, donors are between 21 and 34 years of age. Women in this age group tend to respond better to fertility drugs, and they tend to have a higher quality and quantity of eggs.

These factors increase the likelihood of pregnancy and reduce the risk of birth defects.

Some programs favor women who have already successfully donated eggs, or who have given birth.

Reputable programs offer a rigorous screening process to minimize the risk of birth defects and other complications.

The United States Food and Drug Administration (FDA) issue guidelines to help fertility clinics to decide on the eligibility of an egg donor.

A program’s screening process may include several, or all, of the following steps:

Donating an egg can be an emotional experience for the donor, as well as for the intended parents.

Reputable egg donor programs include a thorough psychological screening of both parties. This may involve psychometric testing of prospective donors.

Evaluation of the donor’s mental health is vital to ensure the health of any resulting children, and to be sure the donor is making an informed decision before beginning the donation process.

What to expect with egg donation

After being selected and completing the screening and legal procedures, egg donors may be prescribed medication to stop their normal menstrual cycle. 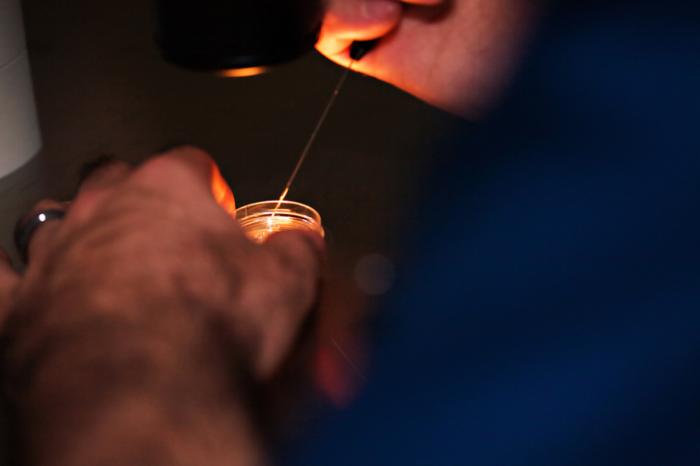 A needle is used to collect the eggs.

Side effects can include hot flashes, headache, fatigue, and body aches.

The donor will then be prescribed a series of fertility drugs to stimulate her ovaries to produce several eggs at once. This is known as hyperstimulation. Donors will have to self-administer this medication by injecting it under their skin or into a muscle.

Some women may experience mild side effects such as bruising at the injection site, mood swings, and tender breasts. In rare cases, a woman may develop severe ovarian hyperstimulation and hospitalization will be necessary.

As there is a risk of pregnancy before the eggs are retrieved, it is best to avoid intercourse, or use a barrier contraceptive, such as a condom.

Throughout the donation cycle, a donor will have to undergo frequent blood tests and ultrasound examinations to monitor their reactions to the medications.

Shortly before the eggs are to be retrieved, the donor will be given a final injection in preparation for the removal of the eggs.

A donor may be given painkillers, sedatives, or an anesthetic during the procedure, which lasts around 30 minutes.

As this is a minor procedure, an overnight stay at the clinic or hospital is unnecessary.

Some women find it takes several days of rest to recover after the transvaginal ovarian aspiration, while others return to normal activities the next day.

Some programs provide aftercare to donors, but others do not. As the donation process can have a psychological impact, some women may find it useful to work with a counselor or psychotherapist.

Risks and side effects

The risks of egg donation are relatively low. The procedures and medications used for egg donors are the same as they are for women using their own eggs in the IVF process. They carry the same level of risk.

There is a small risk associated with the use of anesthetic during the egg retrieval process, but serious problems are uncommon.

Some women may experience bleeding when the needle is inserted into their ovary. In rare cases, there may be damage to the bowel, bladder, or nearby blood vessels. However, serious damage or severe bleeding is unlikely.

There is also the possibility of infection following the removal of the eggs. Antibiotics may be prescribed to prevent this.

Sometimes, the drugs prescribed can cause ovarian hyperstimulation syndrome (OHSS).

OHSS occurs when too many eggs develop in the ovaries. It can be mild, moderate, or severe. In all cases, a doctor should be consulted. Severe cases may require hospitalization, with symptoms including difficulty breathing, rapid weight gain, stomach pain, and vomiting.

The legal status of egg donation varies by country. In the U.S., it is legal for a woman to donate eggs either anonymously or not. It is also legal to receive financial compensation for donating eggs.

Egg donation clinics will require all donors to sign a contract to ensure they have no legal rights or responsibilities to any resulting children or embryos.

The woman who receives the egg, although not biologically related to the child, will physically give birth to any resulting offspring and she will be recorded as the birth mother.

In the U.S., donors may be anonymous, or they may know or get to know the recipient.

Many egg donation programs keep the donor’s identity confidential. The intended parents will receive certain information about the donor, but they will not meet each other or know one another’s names.

Other programs may allow donors to meet recipients if both parties are willing. In some situations, donors may give permission to be contacted once the child reaches a certain age.

In other cases, the donor may already have a relationship with the intended parents. This occurs if a woman asks a friend or family member to donate an egg. In these situations, it is recommended to contact a clinic or donation program to arrange the screening, treatment, and transfer process.

Parents Via Egg Donation, a global non-profit organization, estimate the cost of fresh egg donation in the U.S. at between $35,000 and $50,000 for an exclusive fresh cycle, in which eggs are not shared with other recipients. Costs of shared donor egg cycles begin at $18,000.

A woman can also use frozen donor eggs from a donor bank. This typically costs between $16,000 and $20,000 in the U.S., with much lower rates available in Europe.

Egg donors are usually paid for their time and discomfort, and payment does not depend on the outcome.

Payment varies widely depending on the donation program. The Ethics Committee of the American Society for Reproductive Medicine have concluded that paying women for donating eggs is justified. They have also found that the amounts of money offered to donors is wide-ranging and depends on a number of factors, including the region.