A new study by investigators from the University of Manchester in the UK finds that although the Ebola virus has mutated since the first outbreaks almost 4 decades ago, it has not become any deadlier. 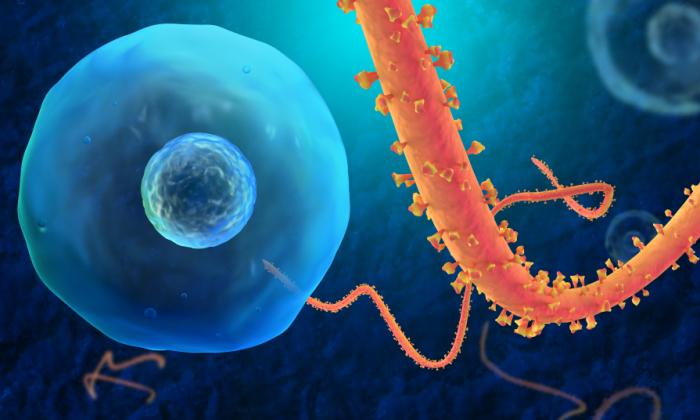 The researchers found that while the Ebola virus has mutated over the past 40 years, the mutations have not made it any more or less virulent.

Ebola virus disease (EVD) first appeared in 1976 through two outbreaks – one in Sudan and the other in the Democratic Republic of Congo.

The current Ebola outbreak – first appearing in March 2014 – has been the most severe since the virus’ discovery, infecting more than 25,000 people worldwide and causing more than 10,000 deaths.

The severity of the current outbreak has led researchers to suggest the Ebola virus has evolved to become deadlier. But in a new study published in the journal Virology, Prof. David Robertson and colleagues from the University of Manchester found that while the virus has evolved, it is no more deadly than it was in 1976.

In humans, Ebola is known to be caused by four virus species that are a part of the Filoviridae genus. Zaire ebolavirus has been identified as the strain responsible for the current Ebola outbreak.

For their study, Prof. Robertson and colleagues analyzed the evolution of the Ebola virus using a computational model that had previously been created to assess changes in human immunodeficiency virus (HIV).

Applying the model to every Ebola outbreak since 1976, the team was able to assess any changes in the RNA of the Ebola virus and predict how these changes affect the viruses’ potency.

To their surprise, the researchers found that while the Ebola virus has mutated over the past 40 years, the mutations have not made it any more or less virulent, suggesting that the higher death toll in the current outbreak is not because the Ebola virus is deadlier.

Study author Prof. Simon Lovell, of the Faculty of Life Sciences at the University of Manchester, says the fact the function of the Ebola virus has remained the same means outbreaks of the disease are likely to reoccur.

However, the researchers say their findings can be viewed as positive overall; they suggest that vaccines and treatments developed in the current outbreak are likely to remain effective in future outbreaks.

“It also means that methods to successfully tackle the virus should work again, so hopefully in the future an outbreak can be stopped from spreading at a much earlier stage,” says Prof. Robertson.

The researchers say that as well as identifying whether a virus has become deadlier, it is equally as important to determine whether it has become less potent.

Because Ebola is a deadly virus, its symptoms can be identified early. Lower potency, however, would mean the virus would likely be identified at a later stage, posing a lower chance of successful treatment. In addition, longer identification of symptoms means increased opportunity for the virus to spread.

“Our study demonstrates the vital role computational analysis can play during a virus outbreak. As scientists our role is to worry about the potential changes our research tool allows us to map what is happening within a virus and the consequences of any changes.

Ebola will occur again, and it’s only through such close monitoring that we will contain it and ultimately eradicate it.”

Earlier this month, Medical News Today reported on a study revealing that an Ebola vaccine may enter human trials after it was found to protect eight monkeys against infection.