The first ever study to show a link between eating meals away from home and high blood pressure has been published in the American Journal of Hypertension. 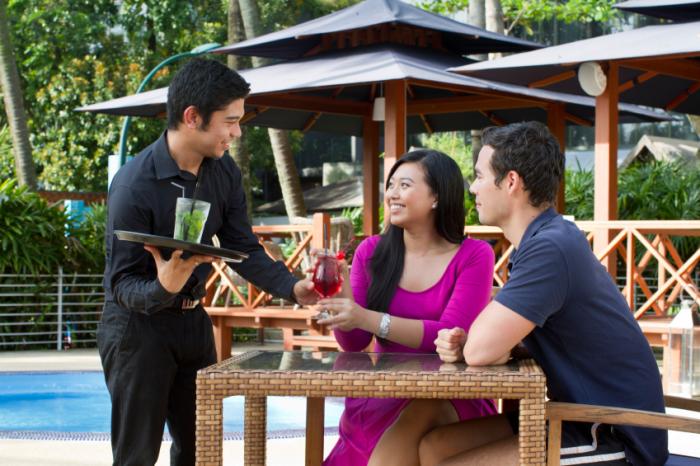 The researchers believe that their findings are particularly applicable to young adults of Asian descent.

In hypertension, the greater the force of blood pushing up against the walls of the blood vessels, the harder the heart has to pump, which can lead to heart failure and heart attack. People with hypertension are also at increased risk for kidney failure, aneurysm and stroke.

About 70 million adults and 2 million children in the US are affected by hypertension.

Previous studies have found that eating meals away from home is associated with a higher intake of calories, saturated fat and salt – eating behaviors believed to be linked with high blood pressure.

To investigate whether eating out could therefore be associated with hypertension, the researchers behind the new study surveyed 501 young adults aged 18-40 who attended university in Singapore. The surveys collected information on the students’ blood pressure, body mass index (BMI), lifestyle, physical activity levels and how often they eat out.

Statistical analysis of the data showed that:

Significantly, the study also found that eating just one extra meal out per week is associated with a 6% increase in risk for pre-hypertension.

Study author Prof. Tazeen Jafar, from the Health Services and Systems Program at Duke-NUS Graduate Medical School Singapore, says that the study is the first to show a link between eating out and pre-hypertension and hypertension:

“While there have been studies conducted in the United States and Japan to find behaviors associated with hypertension, very few have surveyed a Southeast Asian population. Our research plugs that gap and highlights lifestyle factors associated with pre-hypertension and hypertension that are potentially modifiable, and would be applicable to young adults globally, especially those of Asian descent.”

Based on the study’s results, the authors suggest that clinicians should advise young adults – particularly younger male patients – to modify their eating behaviors and make them more aware of their risk for pre-hypertension. The findings should also inform policy changes, such as regulating salt and fat in eateries, the researchers say.

Next, the team will embark on a related study examining potential interventions that may prevent hypertension among young adults in Singapore.

Elsewhere on Medical News Today, we report on a series of studies by researchers at the University of Illinois that investigate the benefits of making food more porous at a microstructural level to protect against hypertension.

The Illinois team believes that making food more porous will allow more salt to be released during chewing, which should allow manufacturers to lower the overall level of salt content in their foods.

MNT also recently looked at research published in the Journal of the American College of Cardiology that found Asian-Americans are at increased risk for hypertensive heart disease, ischemic heart disease and hemorrhagic stroke than non-Hispanic white Americans.