A wealth of research has documented the link between the Mediterranean diet and better heart health. Providing further evidence of this association, a new study suggests the diet could reduce the risk of cardiovascular disease and death. 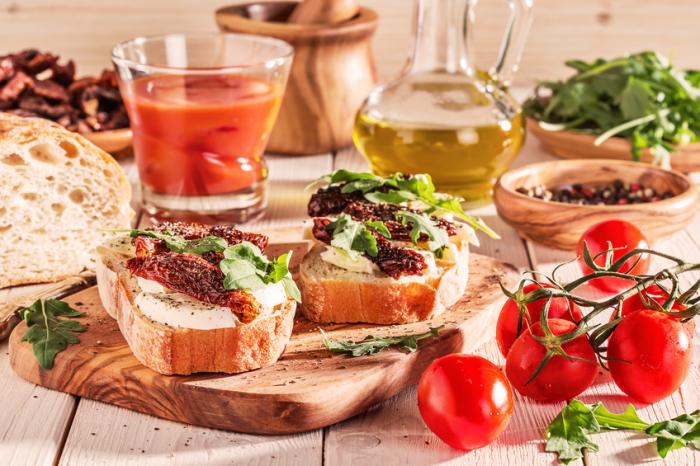 Lead author Dr. Nita Forouhi, of the Medical Research Council Epidemiology Unit at the University of Cambridge in the United Kingdom, and colleagues report their findings in the journal BMC Medicine.

Cardiovascular disease (CVD) refers to conditions that affect the heart and blood vessels, including stroke, heart attack, and heart disease.

Heart disease is the leading cause of death for both men and women in the United States, killing around 610,000 people annually. Heart attack affects around 735,000 Americans each year, while around 800,000 people are affected by stroke.

Adopting a healthy diet is considered key for reducing the risk of CVD, and numerous studies have suggested the Mediterranean diet fits the bill.

A study published in the European Heart Journal earlier this year, for example, found older adults who adhered to the Mediterranean diet were at lower risk of heart attack, stroke, and cardiovascular death than those who followed a Western diet.

The Mediterranean diet is typically high in plant-based foods – such as fruits, vegetables, whole grains, and nuts – and low in red meats and unhealthy fats. It also incorporates regular consumption of fish and poultry, and red wine is acceptable in moderation.

For their study, Dr. Forouhi and team set out to investigate how adhering to a Mediterranean diet affects the risk of developing CVD, as well as what proportion of CVD cases and deaths might be prevented in the U.K. as a result of adherence to the diet.

CVD risk up to 16 percent lower with the Mediterranean diet

The team analyzed data from 23,902 healthy adults who were a part of the EPIC-Norfolk Study – a multi-center cohort study of more than 30,000 British adults that mainly looks at the link between diet, lifestyle, and cancer.

As part of the study, participants completed food frequency questionnaires, which the researchers analyzed to determine adherence to the Mediterranean diet. They did so using a 15-point score based on guidelines from the Mediterranean Diet Foundation.

Over an average follow-up period of 12-17 years, the researchers identified 7,606 new cases of CVD among the participants, as well as 1,714 CVD deaths.

Applying their results to the U.K. population, the team estimated that if healthy Britons adhered to the Mediterranean diet, around 3.9 percent of new-onset CVD cases and 12.5 percent of CVD deaths could be prevented.

“If our findings are broadly representative of the overall U.K. population, then we can assume that higher level of adherence to the Mediterranean diet could have significant impact in lowering the cardiovascular disease burden in the U.K.,” notes Dr. Forouhi.

But the researchers say their findings are not just applicable to the U.K.:

“These results add to the pool of evidence on the health benefits of the Mediterranean diet, even in a non-Mediterranean country where an optimal dietary pattern is unknown.

Our findings stimulate future population-based and clinical investigations into the efficacy and effectiveness of adhering to the Mediterranean diet in contemporary, non-Mediterranean populations.”

Learn how the Mediterranean diet could help slow cognitive decline.