A study published in JAMA showed that recurrence viral respiratory infections and the occurrence of type 1 diabetes in the future about the first 6 months after birth. The study findings suggest that the first six months of life for the development of the immune system and autoimmunity is critical. 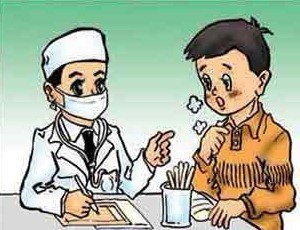 Discovering association becomes stronger when both also occur infection and type 1 diabetes occurs between 3-6 months, researchers have explored children occur within the first three months of life respiratory infections. Children age two have an infection with type 1 diabetes whose 5-year cumulative risk of 206/100000, and children occurs in only one age group infected was 142 / 100,000, and in both age groups had happened infected children compared 118/100000.

The researchers can not be corrected and potential confounding factors, such as type 1 diabetes or a family history of birth whether caesarean section. In addition, the researchers have no specific virus infected data.

For this association reflects the early stage of infection if exposed to the virus or damage to the immune system response is still not clear, perhaps due to the damage caused by a genetic predisposition.