As 2017 arrives, many of us are thinking about the healthy lifestyle changes we want to make for the coming year. Do you plan to exercise more? Lose weight? Quit smoking? How about cutting down on alcohol intake? While that last question may have prompted a highly resistant shake of the head from many readers who enjoy their after-work beer or a glass of wine with dinner, there is no better time to review your alcohol intake. 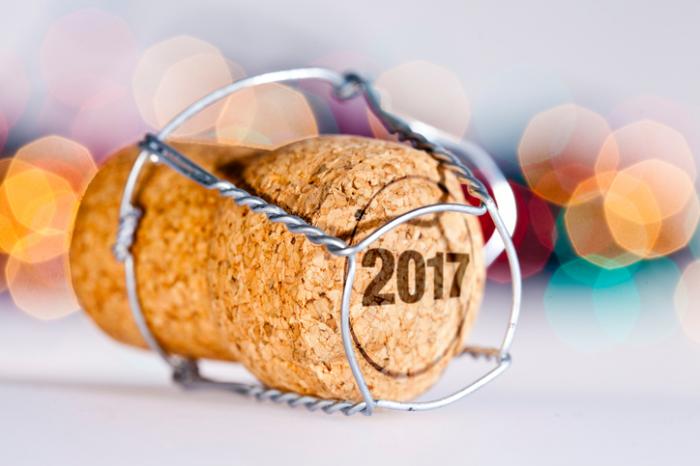 Are you planning to reduce your alcohol intake for 2017? If so, it could yield numerous health benefits.

During the month of January, millions of people will be giving up alcohol as part of a campaign dubbed “Dry January.”

Popularized by British organization Alcohol Concern, Dry January aims to “change the conversation” about alcohol by encouraging people to stop drinking for 1 month.

You might think that quitting the drink for just 31 days is unlikely to have a big impact on health, but many participants who take part in Dry January report better sleep, increased energy, and weight loss.

Most importantly, abstaining from alcohol for 1 month may encourage a reduction in alcohol intake in the longer term. A study published in the journal Health Psychology in March found that people who took part in Dry January showed a decrease in alcohol consumption over the subsequent 6 months.

In this article, we take a closer look at how alcohol affects the body, as well as the health benefits of reducing alcohol intake.

The scale of drinking in the U.S.

The Dietary Guidelines for Americans 2015-2020 recommend that adults who drink alcohol should only do so in moderation – that is, up to one alcoholic beverage a day for women and two for men.

However, the National Institute on Alcohol Abuse and Alcoholism (NIAAA) report that in 2014, almost a quarter of adults in the United States engaged in binge drinking – consumption of around four drinks for women and five for men in a 2-hour period – over the past month.

Additionally, a further 6.7 percent reported engaging in heavy drinking over the past month, which is defined as consuming at least five drinks on one occasion for 5 or more days over the past 30 days.

Over the holidays and other special occasions, it can be hard to say no to that glass of bubbly when everyone else is celebrating with a drink in hand. Some of us may even see alcohol as a reward for a hard week at work or as a stress-relieving aid.

That bottle of beer or glass of wine might feel good in the moment, but if consumed in high amounts or too often, it could wreak havoc on your physical and mental well-being.

The effects of alcohol intake

Those of you who drink are likely to have experienced the dreaded hangover at least once. Feelings of sickness, dizziness, dehydration, and headache are all caused by drinking too much the night before. 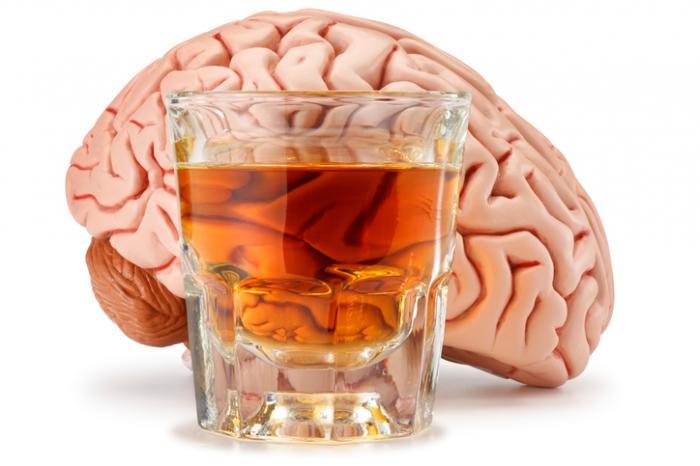 Alcohol can cause an imbalance of neurotransmitters in the brain.

However, symptoms of excess alcohol intake can begin long before a hangover. In fact, alcohol can cause problems soon after the first sip.

The NIAAA explain that alcohol disrupts communication between nerve cells in the brain by causing an imbalance in the levels of neurotransmitters – the chemicals that relay signals from one nerve cell to another.

An imbalance of neurotransmitters can cause changes to mood, behavior, and coordination that are characteristic of excess alcohol intake.

Researchers have found that the brain can adapt to changes in neurotransmitter levels caused by alcohol, but this is not necessarily good news. An adjustment such as this enables us to build tolerance to alcohol, and it may fuel the development of alcohol use disorders.

According to the American Heart Association, excess alcohol consumption can increase levels of fats in the blood, which are called triglycerides. High triglyceride levels are known to contribute to the buildup of plaque in the arteries, known as atherosclerosis, which can raise the risk of heart attack and stroke.

Drinking too much – particularly over a long period of time – can also lead to high blood pressure, arrhythmia (irregular heartbeat), cardiomyopathy (enlargement of the heart muscle), and stroke.

It should be mentioned, however, that an increasing number of studies have suggested that moderate drinking may actually benefit heart health. A study reported by Medical News Today in February, for example, linked moderate alcohol intake to reduced risk of heart attack and heart failure.

Still, some researchers have questioned the heart health benefits of moderate drinking, and health organizations recommend not initiating alcohol consumption solely to reap such – as yet unproven – rewards.

When we drink alcohol, the liver breaks it down so that it can be eliminated from the body. Drinking too much over time, however, can cause the liver to become seriously damaged. 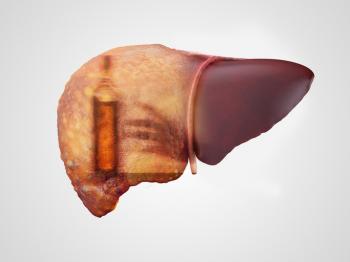 In 2011, almost half of liver cirrhosis deaths in the U.S. were related to alcohol.

Heavy alcohol intake can lead to alcoholic fatty liver disease – characterized by a buildup of fat in the arteries – alcoholic hepatitis (inflammation of the liver), and alcoholic cirrhosis (severe liver scarring and structural damage).

The latter is the most advanced form of liver injury caused by heavy alcohol use; according to the NIAAA, of all cirrhosis deaths in the U.S. in 2011, around 48 percent were related to alcohol intake.

The pancreas is crucial for digestion and energy production; it sends enzymes to the small intestine to break down carbohydrates, proteins, and fats.

However, drinking alcohol excessively over a long period of time can disrupt pancreatic function; instead of enzymes being sent to the small intestine to aid digestion, they are secreted into the pancreas itself.

This can lead to pancreatitis, which is characterized by inflammation and swelling of the blood vessels in the pancreas. Around 5 percent of people with alcohol dependence develop the condition.

An increasing number of studies have associated even light to moderate alcohol intake with increased risk of certain cancers.

A recent study reported by MNT found that each glass of white wine consumed daily may raise the risk of melanoma by 13 percent, while an earlier study linked low alcohol intake to a greater risk of breast cancer.

Other cancers that have been associated with alcohol use include mouth, esophageal, throat, and liver cancers.

Of course, many of the health risks associated with alcohol intake are related to excessive, long-term drinking. However, even those who drink lightly and in moderation could benefit from reducing their alcohol intake.

Alcoholic beverages are full of calories; a standard glass of white wine contains around 121 calories, while a pint of beer contains at least 150 calories. Needless to say, just a few drinks per week can contribute to weight gain. 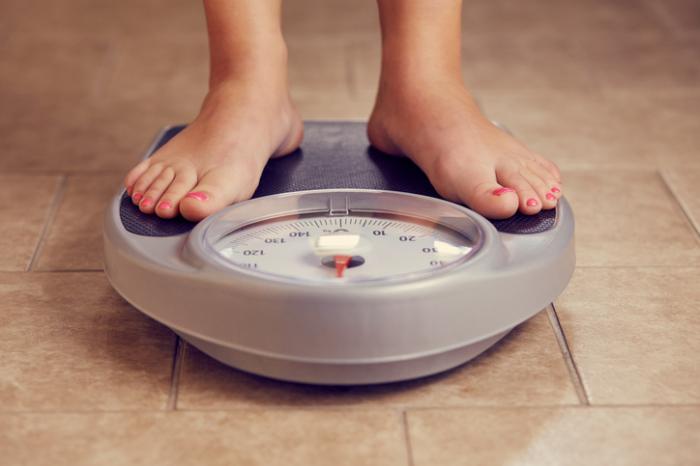 Reducing alcohol intake may help you to lose weight.

However, this can be turned around by reducing alcohol consumption; a survey from Alcohol Concern found that around 49 percent of people who take part in Dry January reported weight loss, as well as increased energy.

The NIAAA’s alcohol calorie calculator can help you work out how many calories you consume from alcoholic beverages each week.

A drink or two on a Saturday night may put you in good spirits in the short term, but the effect is unlikely to last.

Alcohol intake – especially in large quantities – can interfere with the neurotransmitters that regulate mood, increasing the risk of anxiety, stress, and depression.

As such, cutting back on the liquor means that you are more likely to be in a happier state of mind.

Studies have shown that alcohol can disrupt sleep. Research reported by MNT in 2014, for example, found that drinking can interfere with the body’s ability to regulate sleepiness and wakefulness, which can lead to insomnia.

Dr. John Shneerson, head of the sleep centre at Papworth Hospital in the United Kingdom, recommends steering clear of drinking just before bedtime, as this can disrupt normal sleep patterns.

“Deep sleep is when the body restores itself, and alcohol can interfere with this,” he explains. “As the alcohol starts to wear off, your body can come out of deep sleep and back into REM [rapid eye movement] sleep, which is much easier to wake from. That’s why you often wake up after just a few hours sleep when you’ve been drinking.”

It is no surprise, then, that cutting down on drinking can mean a better night’s sleep; a survey from Alcohol Concern found that 62 percent of participants who took part in Dry January reported sleep improvements.

Even a little alcohol can irritate the stomach, increasing its production of acid.

This can lead to inflammation of the stomach lining, known as gastritis, causing symptoms such as stomach pain, vomiting, and diarrhea. Heavy drinking may even cause stomach bleeding.

By reducing alcohol intake, such problems can be reduced or avoided.

Ready to cut down on drinking?

If cutting back on your alcohol intake has now made it on to your list of New Year’s resolutions, these tips from the NIAAA can help you get started:

Have a happy and healthy New Year!

In Menopausal Hot Flashes May Be Genetic Link