Polybrominated diphenyl ethers are commonly used as fire retardants in many consumer goods. However, prenatal exposure to the product has now been associated with attention problems in 3-7-year-olds, according to an article the journal Neurotoxicology and Teratology. 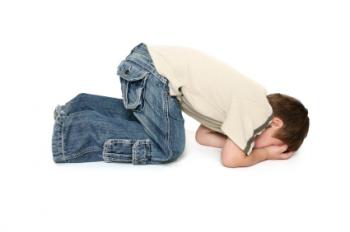 Exposure to flame retardants in pregnancy may lead to attention problems in children.

Researchers at the Columbia Center for Children’s Environmental Health, within Columbia’s Mailman School of Public Health, have shown, for the first time, the effects of prenatal exposure to polybrominated diphenyl ethers (PBDEs) on children’s development, during both the preschool and school-age periods.

PBDEs are described by the US Environmental Protection Agency (EPA) as a class of brominated hydrocarbons, also known as brominated flame retardant (BFR) chemicals.

They contain a central biphenyl structure surrounded by up to 10 bromine atoms, and at high temperatures, they release bromine radicals that reduce both the rate of combustion and dispersion of fire.

Why do we have PBDEs?

PBDEs have been used widely in the US since the 1970s. Their forerunner, polybrominated biphenyl (PBB) was phased out in 1976, following a major agricultural contamination incident in 1973, which led to millions of people in Michigan being exposed to chemicals through contaminated dairy products, eggs and meat.

Although their use has been phased out since 2004, products produced before then still contain them, and they remain in the environment. Concern about the persistence of PBDEs and their tendency to bioaccumulate in the food chain has been growing.

How do they affect us?

Since PBDEs are not chemically bound to the materials of products they are used in, they migrate into the environment over time. They have been detected in air sediments, surface water, fish and other marine animals.

Fast facts about ADHD in the US

Routes of potential human exposure to PBDEs are ingestion, inhalation or through skin contact. They have been detected in fatty tissues, human blood and breast milk.

Humans are commonly exposed to the chemicals through accidental ingestion of house dust and by eating meat, dairy and fatty fish with accumulated PBDEs.

The EPA report that PBDEs may act as endocrine disruptors in humans and other animals. Exposure in rats and mice caused neuro-developmental toxicity and other symptoms. Studies on mice and rats have shown that exposure to PBDEs and PBBs causes neurodevelopmental toxicity, weight loss, toxicity to the kidney, thyroid and liver, and dermal disorders.

Researchers followed 210 mother-child pairs, from birth through early childhood. They were taken from a cohort established for the World Trade Center Study, following the attack on September 11, 2001.

The study aimed to examine the effects of exposure to dust, smoke and fumes on child development. Beginning at age 3, researchers assessed child behavior using a standardized rating scale, repeating the test every year through age 7. Cord blood samples were analyzed for PBDEs to assess prenatal exposure to the chemicals.

At ages 3, 4 and 7 years, children with the highest exposure to certain PBDEs had approximately twice the number of attention problems, compared with the other children in the study – as reported by their mothers.

Results support previous studies that have suggested associations between prenatal PBDE exposure and symptoms of inattention, hyperactivity and impulsivity among children.

“These findings reinforce the decision to phase-out the use of PBDEs in consumer products and support the need to develop programs for safely disposing of products containing PBDEs that are still in use.”

Medical News Today recently reported that 11% of school age children in the US have been diagnosed with attention deficiency hyperactive disorder (ADHD).