Diabetes risk may be doubled for individuals who consume more than two soft drinks a day, regardless of whether the beverages contain sugar or artificial sweeteners, a new study finds. 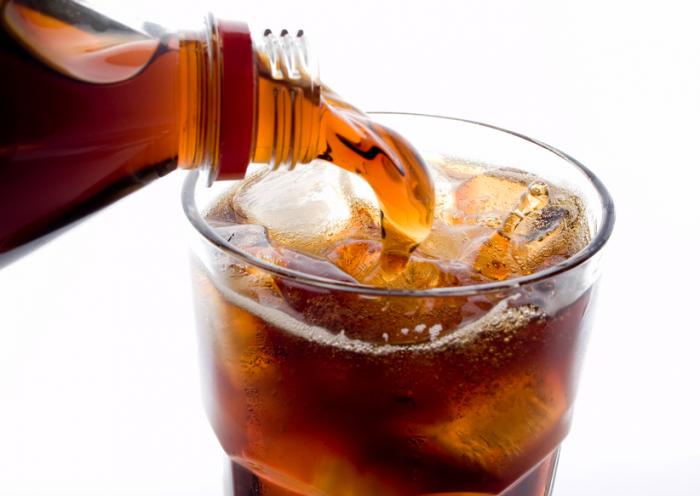 Researchers suggest people who consume more than two soft drinks daily – regardless of sugar content – may be at greater risk of LADA and type 2 diabetes.

From an analysis of more than 2,800 adults, researchers found that the consumption of at least two 200-milliliter sugary or artificially sweetened soft drinks a day was linked to a twofold greater risk of type 2 diabetes, as well as a form of type 1 diabetes known as latent autoimmune diabetes of adults (LADA).

Lead study author Josefin Edwall Löfvenborg, of the Karolinska Institutet in Sweden, and colleagues publish their findings in the European Journal of Endocrinology.

It is estimated that around 29.1 million Americans – around 9.3 percent of the population – have diabetes.

Type 2 diabetes is the most common form of the condition, accounting for around 90-95 percent of all cases. This arises when cells in the body are unable to effectively use the hormone insulin – known as insulin resistance – causing blood sugar levels to rise.

Type 1 diabetes accounts for around 5-10 percent of diabetes cases. It is considered an autoimmune disease, where the immune system mistakingly attacks insulin-producing beta cells in the pancreas, leading to little or no insulin production.

LADA is a subtype of type 1 diabetes. It is a slow-progressing condition that typically develops later in adulthood, normally between the ages of 30-50 years.

LADA is sometimes referred to as “type 1.5” diabetes, as it shares some characteristics of type 1 and type 2; it is believed to be an autoimmune disease like type 1, but it also incorporates insulin resistance like type 2.

Previous research has demonstrated a link between high consumption of sugary drinks and type 2 diabetes; this effect has primarily been attributed to the weight gain associated with high sugary drink intake.

The team analyzed the self-reported dietary data of each adult, looking specifically at the number of soft drinks consumed up to 1 year before a diabetes diagnosis. Participants’ insulin resistance levels, beta cell function, and autoimmune response were also measured.

The researchers found that adults who reported drinking at least two 200-milliliter servings of soft drinks a day – whether they contained sugar or artificial sweetener – were twice as likely to develop LADA and 2.4 times more likely to develop type 2 diabetes, compared with those who consumed fewer than two soft drinks daily.

Löfvenborg told Medical News Today that she was “somewhat surprised” that artificially sweetened drinks were associated with increased diabetes risk, but she said there are a number of possible explanations.

“One is that consumption of diet soft drinks may stimulate appetite and make us increase our food intake, especially sweet/sugary foods, possibly leading to overweight, which is a risk factor for diabetes,” she told us. “Another one is that artificial sweeteners may negatively affect the balance of ‘good’ and ‘bad’ species of microbes in the gut, which could lead to glucose intolerance.”

“But even though there are suggested mechanisms that are plausible,” she added, “I would like to point out that one other explanation to our findings for artificially sweetened beverages may be that some people have swapped from sugary to diet soft drinks in an attempt to prevent further weight gain/to lose weight.”

“If that would be the case, it would mean that we are assessing the effect of previous intake of sugary drinks rather than the effect of diet soft drinks,” she said.

While the researchers expected to see an increased risk of type 2 diabetes with soft drink consumption, they were surprised to find soft drink intake may also raise the risk of LADA, given it is an autoimmune condition.

“We next plan on investigating what could counter this risk, such as eating fatty fish,” says Löfvenborg. “We are looking into this now using data from eight different countries across Europe.”

Adding to their surprise, the researchers found no link between soft drink intake and autoimmune response in adults with LADA.

“This could mean that the increased risk of developing LADA in relation to soft drink consumption isn’t directly caused by the immune response killing beta cells – which is what we see in type 1 diabetes,” notes Löfvenborg.

The authors stress that the study demonstrates a relative risk of diabetes with soft drink intake rather than an absolute risk, and because participants’ soft drink intake was self-reported through recall over the past year, this might reduce the accuracy of the results.

MNT asked Löfvenborg whether she recommends that individuals lower their consumption of soft drinks.

“I would recommend individuals to limit their intake of sugary soft drinks, both considering risk of diabetes but also other adverse health effects, such as the risk of excess energy intake leading to overweight, poor dental health and such.

As for artificially sweetened soft drinks, there is no nutritional value in consuming them. But even though there are suggested mechanisms and accumulating evidence suggesting adverse health effects, I still think we need to investigate this further before making any recommendations.”

Löfvenborg told MNT that the team is not planning to follow up this research at present, “but it would be very interesting to investigate the association between artificially sweetened soft drinks and diabetes risk further, to elucidate whether there is a direct effect on diabetes risk or if the associations seen in studies may be explained by other factors.”

Read about how increasing physical activity can cut the risk of type 2 diabetes.