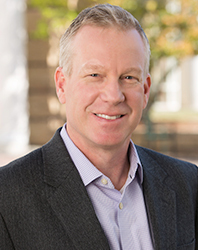 The human brain is a world unto itself and still holds great potential for discovery. When we describe its structure and functionality, we often refer to the left and right hemispheres and the four lobes–frontal, temporal, occipital, and parietal. There are, however, many smaller, distinct regions within our mind, each with its own specialization.

Up to this point, mapping the brain has largely been a slow process. It started in the 1860s, when Pierre Paul Broca, MD, correlated speech control with a specific area of the cerebral cortex (the brain’s outer layer), a region now described as Broca’s area. Later in the 19th century, several other distinct regions of the cortex were identified, and in 1907, neurologist Korbinian Brodmann published hand-drawn diagrams and descriptions of 52 brain regions. Since that time, however, additions to the knowledge base about the brain’s geography had been modest–until this July.

The trend changed when a group of scientists created a map that outlines 180 distinct areas within each hemisphere of the brain. Significantly, almost 100 areas in each hemisphere were previously undefined. This is a notable advance in our understanding of the brain, but it also demonstrates how much more we have to learn.

A New View of the Brain

This new view of the brain is akin to having a world map where continents have been subdivided into countries for the first time. Defining these sub-regions pushes us forward, giving us a new baseline from which to dig deeper into our brain’s inner workings and getting us closer to a street map view of the mind.

The next steps will involve defining what each region does, how they are organized internally, and how these various regions do or do not interact with each other (Do they function in isolation or do they work together?). Scientists also will explore whether there are still more regions, hidden within the regions they have already discovered. This work will take years, but the new map will help to get us there sooner.

Geography is not only the study of places and their physical properties, but also the relationships among these environments. Similarly, we map the brain with the goal of not only understanding each region’s unique properties, but also the relationships among these regions. As with our planet, the more we understand about the brain’s geography–drilling down toward the cellular level–the better equipped we will be to take care of that world.

Bill Carlezon, PhD, is the chief of the Division of Basic Neuroscience and the director of the Behavioral Genetics Laboratory at McLean Hospital. He is a professor of Psychiatry at Harvard Medical School and has received several awards for his research, including an Independent Investigator Award from the National Alliance for Research on Schizophrenia and Depression (NARSAD), the Presidential Early Career Award for Scientists and Engineers (PECASE) from George W. Bush, and the Jacob P. Waletzky Award for Innovative Research in Drug Addiction and Alcoholism from the Society for Neuroscience (SfN). Carlezon is editor-in-chief of the journal Neuropsychopharmacology and a member of the Scientific Advisory Board for Autism Speaks.