malignant melanoma – a potentially deadly form of skin cancer – than they were 40 years ago. 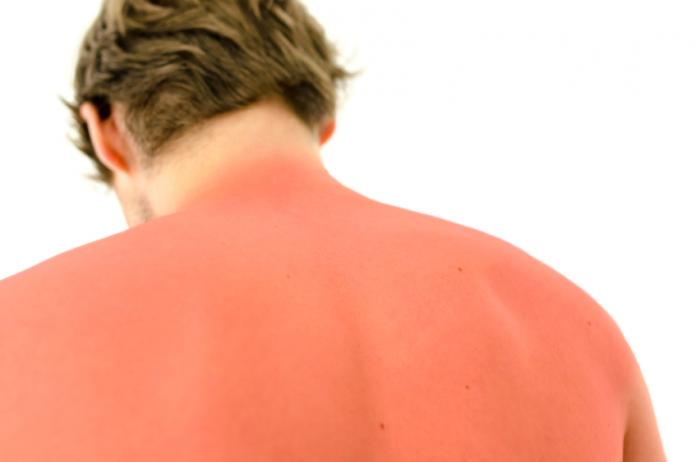 Reddening of the skin from exposure to the sun is a sign of damage by UV rays.

The statistics, from the charity Cancer Research UK, show that currently, about 5,700 people aged 65 and over are

diagnosed with melanoma compared with just 700 in the 1970s.

Compared with their parents’ generation, older men in Great Britain are about 10 times more likely to get melanoma, and

older women are about five times more likely to develop the condition.

While age is the biggest risk factor for melanoma, the charity suggests the massive rise in numbers of UK seniors

coupled with the desire to get a good tan – even if it meant getting sunburnt.

“It’s worrying to see melanoma rates increasing at such a fast pace, and across all age groups.”

In the UK, malignant melanoma is the fifth most common cancer and the second most common in young adults. Every year,

In the US, estimates suggest there will be more than 73,000 cases of invasive skin cancer in 2015, which accounts for

Melanoma is a type of skin cancer that develops in melanocytes – the cells the produce melanin, the pigment that gives

skin its color. Melanin helps to protect the deep layers of the skin from the harmful effects of the sun.

Exposure to ultraviolet (UV) rays – such as from the sun, sunlamps and tanning beds – is a major risk factor for most

melanomas. The UV rays damage DNA in the skin cells. When the damage occurs to the part of DNA that controls cell growth,

there is a high risk that cancer will develop.

Reddening of the skin from exposure to the sun is a sign of damage by UV rays. Even if you only burn once every 2 years, you can triple your risk of developing malignant melanoma, say Cancer

Sue Deans, a 69-year-old retired teacher and grandmother, knows from personal experience how too much sun exposure can

Deans was first diagnosed with malignant melanoma in 2000 when she had a mole removed. Then, in 2007, she was re-diagnosed after she found a lump under her armpit.

sun every year. There was less awareness then of the risks of getting skin cancer, and she often got sunburnt, she

Because her cancer was spotted early her surgery was successful and she has been healthy since. However, Deans told Cancer Research UK she

remains vigilant and constantly checks for anything unusual, and:

“Now I make sure my grandson knows the dangers of getting caught out in the sun.”

if people take precautions in the sun and make sure they do not burn.

She says sun damage accumulates over time, so it is important to avoid sunburn and sunbeds. Also, get to know your skin

type so you do not overdo it on the beach – or even in the garden.

It is not just on holiday that you need to be careful – people can get burned just as easily at home, says Dr. Sharp,

who recommends you “remember to spend time in the shade, wear a T-shirt and a hat to protect your skin and regularly apply

sunscreen that is at least Factor 15 and has four stars,” and adds:

“Swapping bad sun habits for good ones could save your life.”

Regulators in the UK use a star system to rate the effectiveness of sunscreens. In the US, the American Cancer Society

recommends people use a sunscreen with an SPF (sun protection factor) rating of 30 or higher.

Prof. Marais says it is also important for people to keep an eye on their skin and seek medical advice if they notice

any changes to moles, or even to normal areas of skin:

by the Washington University School of Medicine in St. Louis, MO, suggest personalized