A team of European researchers has suggested that passive exposure to bleach in the home could increase the frequency of respiratory and other infections among school-age children. 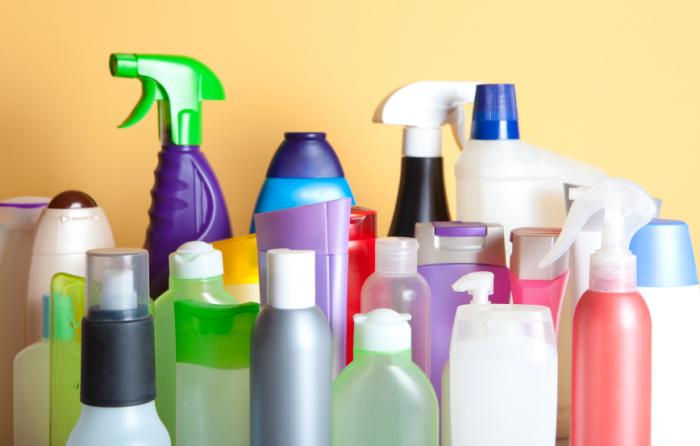 Bleach is widely used in homes, schools and other public buildings across the world as a cleaning product.

The study, published in Occupational & Environmental Medicine, examined the effects of exposure to bleach in the home among children from schools in Finland, Spain and the Netherlands.

Previous studies have suggested the use of cleaning agents in the home may increase the risk of respiratory infections and wheezing during the first year of life, and airway inflammation at school age.

Bleach is a cleaning agent that is used widely across the world. According to the researchers, a cross-sectional study has previously reported that children at school age living in a house where bleach is used had an increased risk of recurrent bronchitis, although also received some protection against asthma and allergies.

For the new study, the researchers examined the impact of bleach use in the homes of 9,102 children aged 6-12 attending 19 schools in Utrecht, The Netherlands, 18 schools in Barcelona, Spain, and 17 schools located in Eastern and Central Finland.

The parents of participating children completed questionnaires detailing whether they used bleach to clean their homes once a week and the amount of times their children had developed the following infections over the course of the past 12 months:

Parents had the choice of reporting infection frequency as “never,” “once,” “twice” or “more than three times.”

Bleach use varied in the countries participating in the study. While 72% of respondents from Spain reported using bleach, only 7% of those from Finland did. Additionally, all of the Spanish schools involved with the study were cleaned with bleach whereas none of the Finnish schools were.

Effects reported in the study are a public health concern, authors state

After adjusting for other potentially influential factors such as passive smoking, household mold and the use of bleach to clean school premises, the researchers found that the number and frequency of infections were highest among children whose parents regularly used bleach in their homes.

The researchers noted statistically significant differences for flu, tonsillitis and any infection. Among children whose parents used bleach in the home, the risk of one episode of flu in the past 12 months was 20%. For recurrent tonsillitis, the risk was 35% higher, and for any infection it was 18% higher. The findings were the same in all three countries.

“Our results suggest that passive exposure to cleaning bleach at home is associated with an increased frequency of respiratory and related infections in school-age children,” write the researchers.

A number of limitations to the study are identified by the authors. “Unfortunately, we did not have information on the use of other cleaning products and we cannot exclude the possibility that the observed results are due to the use of other irritants or to their combinations,” they state.

Equally, only basic information was gathered for bleach use in the home, making it difficult for the authors to differentiate exposure levels between participating families.

As the study is observational, the authors cannot make any definitive conclusions about causation though they believe their findings support those from other studies suggesting a link between cleaning products and respiratory infections.

They suggest that further studies in this area should be conducted, including more detailed descriptions of bleach use and objective measurements of exposure and health outcomes in order to confirm their findings.

“Nevertheless, the high frequency of use of disinfecting cleaning products – caused by erroneous
belief, reinforced by advertising, that our homes should be free of microbes – makes the modest effects reported in our study of public health concern,” the authors conclude.

Previously, Medical News Today reported on a study in which researchers discovered over 30 new genes that predispose individuals to both asthma and allergies such as hay fever.